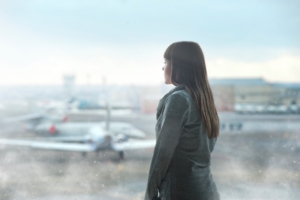 A few weeks ago, we decided to go on a family date. And this wasn’t just any old family date to Chick-Fil-A—though we love fried chicken as much as any family—this was going to be a Kansas City BBQ experience. The kind you write articles about.

We settled on a new place, hustled our growling tummies across the cold parking lot and were greeted by the overwhelming aroma of smoked meats. We could almost taste the brisket, burnt ends, and ribs.

“A table for four please,” I requested. The reply was disappointing, “Our wait is one hour, will that be ok?”

With a slight tremble in my heart, I said yes.

Thirty minutes in we were having restaurant regret. Chick-Fil-A was sounding like a great idea. My young boys were sick of it. Did I even want barbecue anymore? Thankfully, my wife remained steadfast. By the time we sat down it had been well over an hour. Our watery-mouthed anticipation had all but given way to a sad sort of despair. The boys were beginning to get sleepy and hanging in the delicate balance between exhaustion and hunger.

We had waited long enough that we began to wonder if it was worth it. We contemplated, “Could this place deliver on its promises? Would the taste match the smell? We could have been in bed by now!”

Late in Time Behold Him Come

This is the kind of world that Jesus was born into. A world filled with anticipation mixed with despair. The people of God were waiting for their promised King, and also wondering if he would ever come. I’m sure some thought he was already too late.

Can you relate to these feelings? Have you found yourself walking through seasons of great anticipation only to end up crawling through disappointment? Maybe you are in the middle of something like this now, waiting on the Lord but severely tempted to give up.

The angels who announced the appearing of our Lord to the shepherds said that Jesus’ birth was, “good news of great joy that will be for all the people.” (Luke 2:10) After seeing Jesus, Anna, the prophetess who waited in prayer and worship day and night in the Temple, began to, “speak of him to all who were waiting for the redemption of Jerusalem.” (Luke 2:38).

At just the right moment, Jesus was born.

Jesus Shines into Our Darkness

As difficult as this waiting was for God’s people, Israel wasn’t the only nation in angst. The whole world lay in darkness. Year after year nations would rise and nations would fall. Atrocities, injustice, famine, war, and every other plague that fell on humanity because of the curse came in waves without end. They still are without end.

That is why the birth of Jesus is described as, “a light for revelation to the Gentiles and for the glory of your people Israel.” (Luke 2:32) Jesus’ ministry is the fulfillment of Isaiah’s prophecy, “the people dwelling in darkness have seen a great light, and for those dwelling in the region of the shadow of death, on them light has dawned.” (Matt 4:16)

His birth marked the end of our longing, a break in the darkness.

It’s possible, however, that you’ve lost sight of his light or have never seen it at all. Dark circumstances and difficult days have a way of deadening our hearts to Jesus. The good news is that Jesus came to bring his light to people exhausted and ready to quit. He entered the world so that those who have been blinded by sin might see his redemption. So that you might believe in him and put an end to your longing.

Our family meal that night was good but not great, leaving us partially unfulfilled. But, unlike even the best BBQ, the wait for Christ will never end with dissatisfaction. And that means you can keep waiting.

“Even youths shall faint and be weary,
and young men shall fall exhausted;
but they who wait for the Lord shall renew their strength;
they shall mount up with wings like eagles;
they shall run and not be weary;
they shall walk and not faint.” –Isaiah 40:30-31