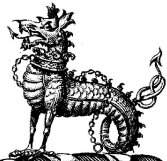 Jesus once said, “No one can enter the strong man’s house and plunder his property unless he first binds the strong man” (Mark 3:27). The “strong man” Jesus was alluding to was Satan, and his house was this world—Satan’s realm of influence and power.

The Old Testament speaks repeatedly of God’s intention to enter Satan’s house and plunder his goods, that is, to save many who were “being held captive by him to do his will” (2 Tim. 2:26).

Satan knows the Scriptures (Matt. 4:5-6), and he is acutely aware of current events (consider, for example, his awareness of Job’s prosperity). He is a highly intelligent being who hates God, has plenty of evil resources at his disposal, and would love to foil God’s redemptive plan. Yet concerning this great redemptive “burglary,” God gave him all the details in advance. He told Satan exactly when, where, and how He would enter his house to plunder his goods. He didn’t announce His plan in secret codes or change it at the last minute. He revealed it publicly and repeatedly, and performed it exactly as announced.

Genesis 3:15—God spoke to Satan directly, telling him that his head would one day be crushed (indicating total defeat) by One born of the woman. Isaiah 9:6 magnified this threat by describing the rule of absolute authority that would be given to the Seed of the woman.

Isaiah 7:14—God told Satan when and how the Child would enter the world. It would be an event that would draw a great deal of public attention because it would involve a virgin conceiving a baby.

Micah 5:2—God told Satan where the child would be born: “But as for you, Bethlehem Ephrathah . . . from you One will go forth for Me to be ruler in Israel.”

Matthew 1:18-19—God reminded Satan of the immanent birth of Christ. In fact, He gave him 9 months warning. Mary, a virgin, conceived a child, plainly fulfilling the prophecy in Isaiah 7:14. It is impossible to hide a pregnancy for long, even from people, let alone from Satan.

Luke 2:4-5—God gave Satan yet another notice that the birth of Christ was soon to occur. Mary, who was due to give birth any day, left with Joseph to go to Bethlehem—an obvious fulfillment of Micah 5:2.

Luke 2:8-14—Immediately after the birth of Jesus, when He was a helpless infant at His most vulnerable point in life, a multitude of angels broadcast His birth to shepherds in the hills around Bethlehem.

Luke 2:15-20—These same shepherds went to see the baby Jesus, and then they told many others what they had seen and heard: The Messiah has been born in Bethlehem!

Matthew 2:2—God ordained an astronomical event to broadcast the news about the birth of Christ as far away as Persia. All who knew the Scriptures and how to read the signs in the heavens now knew both when and where the Messiah had been born.

Matthew 2:1-7—Herod, an evil instrument of Satan, learned of the birth of Jesus through the wise men and the chief priests. They told him where Jesus had been born. Herod clearly understood that this Child, who represented a serious threat to his authority, was living among peasants in Bethlehem, unprotected by any human authority. Amazingly, however, Herod took no immediate action to have the baby destroyed. Instead he waited for the wise men to return, as though he were dependant upon them for information he already possessed.

Revelation 12:1-5—Satan, portrayed as a great red dragon, clearly knew all of the above facts related to the birth of Christ. He also had many instruments of murder at his disposal. The Bible describes him as a dragon waiting before the woman to devour her Child at birth. What an easy kill this would be. And yet the dragon failed!

An intelligent and powerful being like Satan should have been able to prevent the birth and survival of this Baby. After all, he was given God’s plan well in advance. Yet Jesus was born, survived, grew, and went about Israel preaching and teaching about the kingdom of God and performing miracles. He even empowered his disciples to cast out demons, further demonstrating the loss of Satan’s authority. Many attempts were made to kill Him before His appointed time of death, but they all failed. Satan’s servants were only able to bring about His death when He chose to lay His life down (John 10:18), and when it was God’s predestined purpose for Him to suffer and die (Acts 4:27-28).

Satan is a devil to be sure, but He is a bound devil. To this day his house is being plundered by the One to whom all authority has been given “in heaven and on earth” (Matt. 28:18). Satan is a defeated “strong man.” Bow down to King Jesus, who has bound him forever!