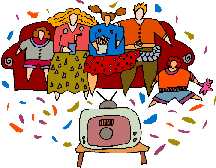 My mother was the youngest of fourteen children growing up on a farm in the first part of the last century. The old home place burned down when she was a girl. It was a typical Southern house divided into a boys’ room, a girls’ room, a kitchen (they ate in the open breezeway during the summer), and the parents’ room. A porch surrounded the entire home.

“Mom and Dad’s” room was the gathering place at night. The fireplace blazed with what they called a “push ’em back” fire, arranged to throw out the most heat possible. Everybody sat and talked. Besides eating peanuts and throwing the shells into the fire, or maybe sharpening a knife or darning a sock, that’s all that happened. They talked and talked and talked until they could not keep their eyes open. Then the kids ran across the open breezeway into their rooms (or perhaps to the outhouse first) and into bed.

These relatives, most of them dead now, treasured their growing up. It wasn’t because they had much, or had it easy. They were dirt farmers during the depression, and they sweated much. But they loved it all. Why? Because of the beauty of relationships built on mounds of talk. They knew how to do it.

I believe I could say accurately that the main occupation of the house was talk. Next was work, but first was talk.

And, throughout the years, when family reunion time came, the relatives gathered for a conversation feast—”catching up” on all the news, reminiscing and laughing (uproarious laughing), discovering what the kids were doing now, looking over the new people entering into the family by marriage. Nobody turned on a TV (Who would even think of it?). Nobody turned on a radio, or a “record player.” Never. They were there for talk—in mega-doses. And when they had to leave, it was with reluctance.

It seems almost inconceivable to believe that there was life before television. As good as the medium is for some things, it is an instrument of death to conversation in most families. Add computers, a personal CD player, and speed-eating and we’ve successfully killed off the last remnants of conversation in most families. Frankly, most families have no meaningful conversation at all. Days and weeks pass, if not months and years, without the skimpiest morsel of a good conversation. When I think about this, I almost weep for the magnitude of the loss. A mudslide of media has pushed our families into a cold ravine. We exist together for as long as we can make it, but we don’t know each other. Without face-to-face communication, the home has become an electronic desert.

But interestingly, with the demise of our conversation, there is no diminishing of our desire. We still long for meaningful relationships. Here is my suggestion:

Take a total break from electronic media as a family for at least two months (just eight weeks of your entire life!), or better yet, six months (OK, you can check the email after the kids are in bed). Read a great book together, play together, take walks and go to the park, eat outside, drive into the countryside (ever heard of that?), sit down and eat a real meal together with everyone helping to clean up, invite friends over to “visit,” do a project together, pull all the chairs up close to the fire, roast wieners in the fireplace, drink lots of tea or hot chocolate, pray together, plant a garden, sing around the piano or with the guitar, have your own Friday night retreat, or just sit down . . . together.

It is only in our age that talk has come on such bad times. God made us to communicate, and people have done so much of it throughout history that the Bible does not address the lack of it. But it cannot be assumed any longer. TV is doing all the talking, and we are dying inside. I don’t doubt that you long for something better, but sadly, few will ever do anything to accomplish it.

Oh yes, here’s one more idea. In your next reunion, pull all the TVs into one room facing each other, and force them to listen to each other. Then find a real person and . . . talk.