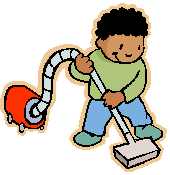 Children, obey your parents in the Lord, for this is right.
Ephesians 6:1

Children have become experts these days at stretching and re-interpreting the words of Ephesians 6:1. The result has been to redefine various forms of rebellion as obedience. Even worse, parents have all too often allowed it to happen.

Sometimes we believe our children are obeying even though they roll their eyes, then sigh in frustration as they go away shuffling or stomping their feet. We think they have obeyed even when their “obedience” is a job half done, or done in a sloppy manner. Often they “obey” after a brief but silent protest, or after a longer time of neglect or “forgetfulness.” But are these examples of true obedience? What does true obedience look like?

Obedient children obey their parents promptly.
A child who “obeys” only when he is ready, only after he has done other things he considers more important, is a disobedient child. The cliché “better late than never” may be true in some contexts, but it does not reflect God’s heart in this area. Every second of delay is one second of disobedience, and therefore one second of sinning.

If our highest goal were to get the household chores done eventually, then later compliance would be OK. But our greater motive should be to instill into our children a godly pattern of immediate submission to God-ordained authority—in this case, prompt obedience to parents. Just as Jesus’ first disciples “immediately left their nets and followed Him” when He called (Mark 1:18), God wants children to obey their parents promptly.

Obedient children follow instructions properly.
When a child is told to clean his room, is he obeying even though his toys and clothes are thrown under the bed or behind the dresser? Is it the obedient teenager who mows the lawn as told, but leaves streaks of uncut grass, or who takes out the trash as instructed, but leaves debris strewn along the driveway?

When God gave instructions for worship, He expected them to be followed in a detailed manner. When the Jewish priests became sloppy, bringing defective animals for sacrifice, God said, “You bring what was taken by robbery and what is lame or sick; so you bring the offering!” Then He asked, “Should I receive that from your hand?” (Malachi 1:13b). Parents, should you accept your child’s half-done or sloppy work? If you do, you are tolerating disobedience.

Obedient children submit to authority pleasantly.
The child who responds promptly to his parents instructions and does his work properly, yet goes away grumbling, rolling his eyes in disrespect, or sighing in frustration, is essentially saying, “Woe is me! I am so weary of your burdensome and unreasonable authority. When will I ever be out from under you?” The child, though “obeying” promptly and doing the work properly, is exhibiting a rebellious attitude and is therefore disobedient, just as if he refused to obey at all.

The Jews of Malachi’s day not only grew sloppy, they also became weary of obeying God. But God rebuked their attitude, saying, “You also say, ‘My, how tiresome it is!’ And you disdainfully sniff at it” (Malachi 1:13a). Later He says to them, “If you do not take it to heart to give honor to My name . . . then I will send the curse upon you . . . ” (Malachi 2:2). True obedience is a matter of the heart.