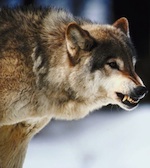 I once heard a pastor who preaches weekly to thousands confess that he and his fellow pastors were failing the members of their church. Yes, he teaches the Bible faithfully every week. Yes, a large number of people in the church are regularly sent out for evangelism and missions. Yes, pastors all around the country happily sit at the feet of this preacher at numerous conferences each year. Still, he honestly admitted, “We may look impressive in some ways, but we are falling short as pastors. We’ve got to change.” How can you not appreciate his honesty and humility?

What is a pastor supposed to do? Is preaching one compelling sermon a week enough? There is no disputing that a qualification for all overseers[1] is the ability to teach (1 Timothy 3:2), but is a pastor just a Bible teacher?

Paul was in a hurry to get to Jerusalem toward the end of his third missionary journey. After ministering throughout Macedonia and Achaia, he sailed across the Aegean Sea and temporarily docked at Miletus (Acts 20:16). While there, he called for the nearby elders of the church in Ephesus. His words were rich with perceptive exhortation. One statement stands out: “Pay careful attention to yourselves and to all the flock, in which the Holy Spirit has made you overseers, to care for the church of God, which he obtained with his own blood.” (Acts 20:28)

Paul’s words were specifically communicated to a group of pastors in the first century, but they reveal two universal pastoral responsibilities:

First, pastors must be very attentive to their own spiritual needs. “Pay careful attention to yourselves.” A team of pastors should pastor (shepherd) each other, and each elder must keep watch over his own soul. Paul knew the Ephesians were going to face “fierce wolves” seeking to decimate the sheep (v. 29). He even predicted that from within the church (from among the elders?) false teachers would arise to win converts (v. 30). They could not afford to be spiritually weak with such a demanding task ahead!

Pastors who neglect spiritual disciplines like Scripture reading and prayer put themselves, and their churches, in danger.

Second, pastors must be very attentive to the spiritual needs of the church. “Pay careful attention…to all the flock.” Paul intentionally used shepherding language. He told the Ephesian elders “to care for the church” or, as some translations rightly put it, “to shepherd the church.” Shepherds feed and lead. So a pastor should teach and counsel and pray with the flock. But shepherds also protect. Paul’s major concern in Ephesus was that the church not be harmed by dangerous men, so he told the elders to guard “all the flock,” not just some of them. Neither the sweet widow nor the cantankerous old man was to escape their loving care.

When Pastor Derek Thomas was a boy, his dad had hundreds of sheep. One night a bitter northeast wind blew out of Siberia bringing with it a blizzard. His dad woke him up because he needed help. Some of the sheep had decided to go to the top of the mountain. To remain there meant certain death. Thomas has a fond memory of his dad carrying one of the little lambs inside his coat in order to shelter it from the dangerous elements. That is a glimpse into the life of an elder. He ministers to the sheep—whether they have done something foolish and put themselves in danger, or they’re innocent victims; whether they are happy and compliant, or stubborn and sinful.

Ultimately the Holy Spirit makes men overseers to care for the church that Christ, the Good Shepherd (John 10:11), died to save. Since God so loved the sheep at such a high price, elders must look after them vigilantly.

What can non-elders do to help elders fulfill their pastoral duties?

First, be careful not to make unrealistic demands of a pastor that could hinder his alertness to his own needs. For example, you probably don’t need a pastor to sit with you in the waiting room while your spouse is undergoing a routine colonoscopy. However, you could occasionally mow his lawn or help him out with a difficult task. He will appreciate the extra time to feed his own soul.

Second, gladly receive pastoral care. The person who refuses to embrace God’s design for elders not only prevents them from doing their job, but he harms himself. Take these words to heart: “Obey your leaders and submit to them, for they are keeping watch over your souls, as those who will have to give an account. Let them do this with joy and not with groaning, for that would be of no advantage to you” (Hebrews 13:17).