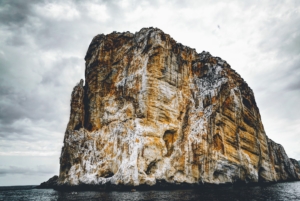 Jesus Christ promised, “I will build my church” (Mt 16:18), and the growth of the church throughout history, all over the world, proves that he is keeping his word. If we’re not mindful of the reality of Christ building his church, then we’re missing the most important event that is happening on the earth. Pause and ponder Christ’s promise.

Notice, first, that it is the “church” that is being built. Jesus uses “construction language” to make the point that he’s saving and assembling a people who believe and follow him. When I was in the Middle East recently, a Lebanese pastor shared with me about baptizing twenty-one new believers two weeks prior, including two men who were prominent Muslim teachers before coming to Christ. This is exactly what Jesus promised would happen.

Second, observe that Jesus is the one building the church—“I will build…” How? First of all, he was “slain” on the cross, and by his “blood” he “ransomed people for God from every tribe and language and people and nation” (Rev 5:9).

And then throughout history the risen Christ has built his church as his identity and redemptive work is proclaimed and applied to those who repent of their sins and trust in him. This accords with Jesus’ interaction with Peter in Matthew 16:15-18. Jesus asked the disciples, “Who do you say that I am?” Peter replied, “You are the Christ, the Son of the living God.” Because Peter, representing the apostles, said that, Jesus declared that upon Peter (“this rock”) he would build his church. Jesus used Peter and the other apostles as the church’s foundation (Eph 2:20) as they professed the truth about Christ.

Today Jesus continues to build his church through the proclamation of apostolic truth. He’s even doing this in seemingly “impossible to reach” places like Iran. In an article titled, “Worth a Thousand Year’s of Waiting: The Staggering Rise of the Church in Iran” (www.desiringgod.org), Afshin Ziafat says that in Iran, “more Iranians have become Christians in the last twenty years than in the previous 1,300 years, since Islam came to Iran.” Why is this so? Ziafat mentions four factors: disillusionment with Islam, persecution, the diaspora and use of media, and bible distribution. What Matthew 16:18 reminds us is this: Jesus is sovereign over it all, building his church one salvation at a time.

Third, note that the church is owned by Jesus. He said, “I will build my church.” Christ is the head of the church; he’s in charge. What he says must be heeded. Someone might say, “That’s my church.” In a sense, that’s true—if he’s talking about the church to which he belongs. But in another sense, it’s not really his church, it’s Christ’s. Everything is his.

Fourth, ponder this awesome truth: absolutely nothing can stop this building project! Jesus said not even the “gates of Hades” can stop it (v.18)—not even the formidable gates that seem to make the place of the dead (hades) untouchable can prevail against the master builder Jesus Christ. John Piper explains this wonderfully:

(Jesus) opened the doors of Hades from the inside. He gets in by dying. He gets out by resurrection. And now the gates are his. Revelation 1:18, ‘I died, and behold I am alive forevermore, and I have the keys of death and Hades.’ The keys were kept on the inside. That is why he went in. And when he came out he brought the keys with him. Now he will build his church. Death will take none and keep none that he finally wills to have. (“I Will Build My Church,” a sermon at www.desiringgod.org).

How should we respond to the reality that Jesus is building his church?