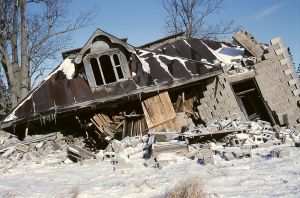 When a child leaves the home abruptly and angrily, with a vow not to return, how do you recover? When you receive termination papers from your work with no prospects of another job, how do you keep from losing it all? When bills pile too high and the income is too low, where do you turn? When your companion of decades has a stroke and leaves you alone, what can help you keep balanced through the lonely days and nights?

I wonder what you would have done if you had been David. Here’s a story that led to desperation:

Before David was king of Israel, he gathered a band of followers and lived among the Philistines, the enemies of Israel living on the coastal plains. Jealous Saul, the angry, insecure king of Israel, was seeking to kill David. David was soon trusted by Achish, the Philistine lord of Gath, the very city where Goliath had grown up. The Philistine lord assumed he was turning his back on Israel due to Saul’s anger against him. But he was being deceived by David.

David lived in Ziklag, a town given to him by Achish, for a year and four months.

With such confidence in David, it was natural for Achish to expect David to come along as the Philistines gathered together to fight Saul’s army. However, as the Philistines moved north, the other lords of the Philistine cities insisted that David not be allowed to go with them. Reluctantly, Achish told David to return to Ziklag.

David returned only to find his town burned with fire, their possessions stolen, and all their wives and children taken away! It’s hard to imagine a worse outcome. David and the people with him “lifted up their voices and wept until there was no strength in them to weep.” Then, the people spoke of stoning David, “for all the people were embittered, each one because of his sons and daughters” (1 Sam. 30:3-6).

No doubt this was David’s darkest experience as a leader so far. How could he recover from such a devastating loss?

What would you do?

The Best Course of Action

Though it looked as if the loss was complete and nothing could be done, David took two actions:

For David to strengthen himself, he must have meditated on what God had done through him in the past, what God had promised him, and what God had taught him from the Torah about His love and ability to deliver.

This is the right suggestion for you and me when shattering times come. Reading the Psalms of David gives us an insight into how he handled perspective when he was down. He knew the Lord was his Rock.

Then, he inquired of the Lord about what to do concerning his dilemma. He used something we cannot, the Urim and Tummim. This unique way to discern God’s will was just for the Israelites. The Urim was located in a special pocket of the ornate breastplate attached to the ephod of the High Priest by which one could determine the will of God, somewhat like drawing lots. I don’t suggest this today, now that we have been given the Spirit as our guide and the complete Scriptures. Yet, the main action is clear: He sought to understand what was next by asking God for help.

It wasn’t human wisdom he needed, but divine. He looked in the right direction, to God himself, who sees and knows all things. The result was that he was able to recover all that he had lost, including every possession and all the children and wives. One wonders what would have happened if he had not “inquired of the Lord.”

Not every story ends so neatly. But the principles are still the same. Strengthen your heart first, then inquire of God. Looking to God for the next step may take many forms, including seeking the help of others. At a minimum it includes prayer. It is a known fact seen repeatedly in the Bible that God loves to hear and respond to the desperate prayers of His own children.