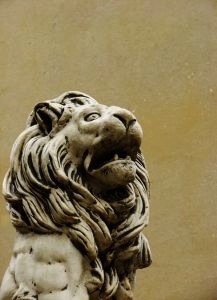 The young Aristobulus had the misfortune of being popular. Because of this, Herod the Great invited him to his magnificent palace in Jericho, where Aristobulus ate and drank, splashed playfully with the other young men in one of the shimmering pools, and drowned . . . accidently.

Or so Herod said.

As he gained power in Judea, Herod the Great was like an avalanche; he devastated the landscape in front of him. His brother-in-law, Aristobulus, was only one of many casualties. After making long voyages to Rome in order to curry favor with Mark Antony and later, Caesar Augustus, he captured Jerusalem militarily and had his rival beheaded. He married as many as ten women, mostly for political purposes. Herod then proceeded to kill several of his family members, including his favorite wife, because they ostensibly threatened his rule. Beyond this cruelty, he initiated massive building projects that would brand the region with his authority.

As Herod was struggling on his deathbed, he ordered that all the prominent men of the realm be executed as soon as he died. Sources inform us of his fear that his subjects would not cry enough over his death. For obvious reasons, this darkly egotistical command was never carried out. Ironically, it was toward the end of Herod’s life that Jesus was born in Bethlehem of Judea.

Matthew recounts the story this way: “Now, when Jesus was born in Bethlehem of Judea in the days of Herod the king, magi came from the east into Jerusalem, saying, ‘Where is the one who is born king of the Jews?’” (Matthew 2:1). They had come, they said, because they had seen His star and wanted to worship him.

Step back and notice the satire. The answer to their question seems obvious—Herod’s palace was on the west side of upper Jerusalem. The directions are easy. If you want to find the king of the Jews, just follow the big road and take a right at the first major intersection. He’s in the first palace on the left. Clearly, the magi weren’t looking for that king.

So it makes sense that Matthew would note: “When king Herod heard this, he was disturbed” (Matthew 2:3). Herod immediately connects the magi’s quest with prophecies about the Messiah’s birth. Gathering some of the chief priests and scribes, he inquires about where the Messiah should be born. The answer: Bethlehem of Judea, just like David. Matthew confirms this with two quotes from the Old Testament emphasizing the Messiah as king in the line of David.

Herod calls the magi to him and directs them toward Bethlehem, about five miles south of Jerusalem.

In this way, Matthew highlights a significant paradox: it is the very one who had killed and knifed to be king of the Jews who must give directions to those searching for the King. The story climaxes when the magi find the child, lay down their gifts of tribute, and bow to Him, not to Herod. Soon after this in the Matthew account, the cry of both John the Baptist and of Jesus is, “Repent, for the Kingdom of Heaven is near!” (Matthew 3:1, 4:17). Thus were birthed a King and a Kingdom that tolerate no rivals.

The world boasts many kings and presidents, great leaders. Few have been so well remembered as Herod the Great. And yet, there is one King who not only stands above them, but clashes with them, threatening their authority.

You might do well to ask yourself a simple question: to whom do you pledge allegiance?

If someone asks you about the things you stand for, will you quote from a musty document in a Washington museum or from the living words of Jesus? Do you care more about the nations of the earth than the Kingdom of Heaven?

If asked about your president or the great world leaders, will you give directions to Washington or London or Cairo? Or will you point to Jesus, the world leader who will overthrow these trivial realms?