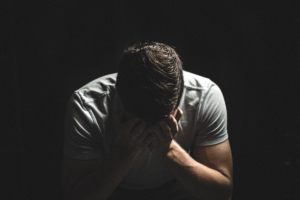 “My head’s kind of spinning,” my friend said as we turned to walk up the steps to yet another house in my neighborhood. We had just knocked on 5 or 6 doors hoping to engage people about their spiritual beliefs and experiences. This time out, we had met two Muslim families, an “all religions are cool, but I don’t really do any” guy, and a Native American who believed in the “Great Spirit.” We were both a bit overwhelmed by the diversity.

We meet all types on these outings. But, amazingly, there is one type of person that we meet very rarely: the person who is poor in spirit.

Jesus considered poverty of spirit to be one of the most important characteristics of his followers. He introduced his most famous set of teachings with this very idea: “Blessed are the poor in spirit, for theirs is the kingdom of heaven” (Matt 5:3).

Poverty equals lack. When we don’t have enough of what we need, we are poor. “Needy” is a helpful synonym. Usually, we think of poor people as those who lack physical resources or the means to buy them.

But here, Jesus is not talking about physical need. “Blessed are the poor in spirit,” he says, helping us understand that this kind of poverty is spiritual. It is the lack of inward capabilities and resources to achieve the virtue and heart-level righteousness that Jesus calls us toward. In our desires, our emotions, our mind, and our relationship with God, we come up short.

The Bible claims that everyone is characterized by this kind of spiritual neediness, yet Jesus does not seem to be saying that everyone who is poor in spirit will be a blessed owner of the kingdom of heaven. Even common sense tells us that Jesus is not referring to the Neros and Pol Pots of the world, who certainly were poor in spirit in the objective sense. No, we need to take another step, the step of recognizing our need. It is not enough just to be spiritually needy; we must recognize it. Jesus says that whoever does that is blessed.

Is Jesus describing you? We might paraphrase it this way: “Blessed are the people who recognize that they are spiritually needy, because they are the ones to whom God’s kingdom belongs.” Have you examined and acknowledged your own inward neediness? The more doors I knock on, the more I realize how few people really do.

The second half of Jesus’ phrase is truly hopeful: “Theirs is the kingdom of heaven.” When I think of the kingdom of heaven, I think of God’s rule that, through Jesus, is restoring the world. In the Gospels, we hear the good news that God’s restoring rule is both a present reality and a future hope. This hope, in all its future fullness, is a new heavens and earth, inhabited by God’s restored people, under his good rule, together carrying forward his creative project.

But what does Jesus mean that the kingdom of heaven is “theirs?” Several times in Matthew, he uses the language of inheritance. As he envisions what the Son of Man will say to the righteous on the day of judgment, he says, “Come, you who are blessed of My Father, inherit the kingdom prepared for you from the foundation of the world” (Matt 25:34). Here in the Sermon on the Mount, he says, “Blessed are the meek, for they shall inherit the earth” (Matt 5:5). The language of ownership that we find in our text (“theirs is the kingdom”) connects to the idea of inheritance. The hope that we have is not just to enter into God’s restored world to live under his rule, but to inherit it. Just as the Israelites received shares of the land of Canaan, so too we will be sharers in the new earth.

And therein lies the twist. The needy are the ones who become inheritors of the kingdom. It is only through recognition of our poverty that we receive the true riches.