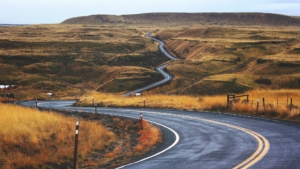 The name “Gideon” means “hewer” or “one who cuts down”. It carries with it connotations of strength, one who fells great trees, strikes down enemies, and topples mighty opponents. When the angel of the Lord once greeted a man named Gideon, he did so appropriately for the man’s name, with the words: “The Lord is with you, valiant warrior” (Judges 6:12). Nothing else about the greeting makes much sense. Relationally, Gideon was the youngest in his father’s family. Tribally, his father’s family was the weakest in the half-tribe of Manasseh. Occupationally, he was not, in fact, a valiant warrior but an oppressed farmer. Positionally, he was not preparing for battle, fighting a battle, or returning victoriously from battle: he was threshing wheat, and doing so, abnormally, in a winepress, to hide from his people’s Midianite oppressors. Religiously, he was from a family of idol-worshippers. Spiritually, he himself was disposed to God-blaming, doubt, fear, self-preservation that could hinder him from war if he felt weak, and self-reliance that could hinder him from appropriately directed worship if he felt strong.

“The Lord is with you”? No, “the Lord has abandoned us,” Gideon says.

“Valiant warrior”? Not only that, but selected, strengthened, and sent by God to deliver his people! “How can I?…My family is the weakest…I am the youngest…” Gideon replied.

“But I will be with you”, the Lord repeats.

And the peace-giving promise of the presence and power of God would change everything. Gideon led three hundred men in a night-time surprise attack on an incalculably greater enemy force, utterly routing and continuing to pursue them (Judges 7).

Then faintness began to set in.

Gideon and his men were exhausted by the fight. So few against so many with so much at stake. Little time. Limited resource. Much ground to cover. The deliverance of an oppressed nation in the balance.

Gideon and his men were exasperated by ‘friends’. “Why didn’t you call us to help you fight?” some argued violently. “Why should we feed you when you haven’t finished the job yet?”, others asked. Whether he was guilty of not requesting help or requesting help, Gideon simply could not win. With friends like these, who needs enemies?

Gideon and his men were faint. But they didn’t quit. They were “faint…but pursuing” (Judges 8:4b). Though exhausted by the fight and exasperated by ‘friends’, they were expectant because of the faithfulness of God. Gideon and his men got up and got going, kept up and kept going in the strength that God supplied, with the promise that he was with them, would deliver them, and had already given them victory before they ever began to fight. Gideon went from feeble thus hiding to faint but pursuing.

Our battles are different. Christ’s kingdom is not of this world, our enemies are not flesh and blood, and our weapons are not swords and spears, but the word of God working through our prayerful worship and witness. Nonetheless, we are faint. We are sometimes exhausted by the fight and exasperated by ‘friends’. But we too are expectant because of the faithfulness of a risen Saviour who gives us Holy Spirit power saying “I am with you always” and “you will be my witnesses everywhere”. We are faint, but pursuing.

Some seasons of ministry may require us to press on despite personal weariness, but if we are exhausted and exasperated, it should not be because of any lack of provision. Through your prayers and giving, you encourage us to keep pursuing the mission of God even when faint.