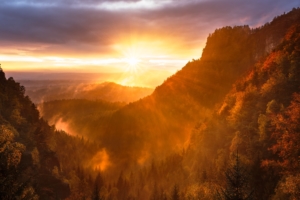 After more than a year of wrongful imprisonment, Adoniram Judson, 19th Century missionary to Burma, was unexpectedly released. But the damage was irreversible. His wife Nancy had nearly killed herself trying to provide him food and care while he was being mistreated.

This led to rapid decline in her health and compromised her ability to feed their young daughter, Maria. Less than a year after his release from prison, Nancy died. A few months after that, little Maria was buried next to her mother’s grave.

For more than two years, Adoniram fought consistent battles with despair. He wrote later of the grief brought by death and the sorrow brought by realization of his own sin saying, “tears flow at the same time over the forsaken grave of my dear love and over the loathsome sepulcher of my own heart.”[1] This circumstance had left him devastated.

What can be said in moments of utter despair such as this, or in seasons of opposition or suffering. In Psalm 118, after leading with a summons to thanksgiving, the psalmist gives testimony of the Lord’s goodness. Like an orchestra moving together in great crescendo, his testimony begins with personal distress and ends with renewed confidence in God.

In his account, the psalmist gives us four truths about the Lord to latch onto in in any situation.

The Lord is for me

In the midst of trying days, opposition and uncertainty, fear creeps in. Who will take care of my needs? Who can protect me now? Fear is a terrible bondage. Are you enslaved to it? For the psalmist, people who hated him were out for blood, leading him to distress, but he called on the Lord and, “the Lord answered [him] and set [him] free,” (v.5)

The cry of faith to our good and faithful God is a mighty weapon against the towering monster of inward fear. The Lord is able to set you free.

The Lord is trustworthy

This is more life for the fearful soul. Has the money run out? Is sickness your constant reality? Do you wonder consistently if you are able to go on one more day with your current relational difficulty? God is such a refuge for you. Unchanging, all-powerful and completely understanding.

Cultivate this Godward response to all of life in your heart—to trust God is better.

The Lord will help me

Surrounded by his enemies, the psalmist was moved to action. “In the name of the Lord I cut them off!” (v.10). Faith acts, believing that the Lord will come through. And because his love endures forever, you don’t have to guess at whether he will come through today. Is your problem as significant as being surrounded by all nations? Even if it is. The Lord can and will help you.

The Lord is my strength

By now, the crescendo is at its loudest. “The right had of the Lord does valiantly!” (v.16). Do you see the totality of this shift? What began with distress has ended with the power of God. The weakness of the psalmist displayed in his litany of difficult circumstances has served to accentuate the strength of God.

And this is always God’s way. His power is seen though weakness, his glory comes shining through broken vessels, he turns weeping into song and makes the darkness like the day. The Lord turns the world for his children.

His goodness never changes and his love never fades.

[1] Quote and biographical information from: Courtney Anderson, To the Golden Shore, 388.