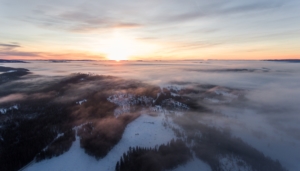 When we wish to learn as much as possible about something, and when there is a singular renowned expert on that particular subject whose teaching happens to be plentiful and immediately accessible, it would seem unwise to spend a lot of time looking elsewhere for our instruction. Concerning the subject of forgiveness, there is no greater expert than Jesus.

If you’re interested in this subject, as all Christians certainly are, and as everyone else either is or should be, please take a look with me at what Jesus had to say about forgiveness.

According to Jesus, forgiveness can be likened to the complete removal of a monetary debt. In Matthew 18:21-35 Jesus illustrated God’s forgiveness of the sins of believers by describing a wealthy king forgiving one of his servants an unpayable financial debt—one that the desperate man could not have repaid in a thousand lifetimes. The gracious king didn’t merely reduce the debt; he removed it. Jesus then went on to illustrate one person’s sin against another person as a much smaller debt, but still using financial terms. When the servant who had been graciously forgiven by the king refused to forgive another man his infinitely smaller debt, the king was angered and reinstated the monetary debt owed to him, confining the unforgiving servant in something like a debtor’s prison until the entire debt is repaid (in other words, forever!).

The simple and obvious point is this: It is entirely unacceptable to God for a person to gladly accept the forgiveness of his own sins, but then to fail or refuse to forgive another person’s sin(s). What has freely been received must, in turn, freely be given.

According to Jesus, forgiveness is the immediate and mandatory response to repentance. In Luke 17:3, Jesus instructs believers to rebuke a fellow Christian who has sinned, and then to forgive him when he repents. The idea here is that the one person lovingly but directly points out the other person’s error, and the other person receives what has been said, admits his wrongdoing, and asks for forgiveness. When that happens, the rebuking believer has only one course of action: immediate forgiveness. Jesus does not allow for hours or days of pondering the right response, or trying to muster up forgiving feelings, or trying to root out any less-than-complete contrition on the offender’s part. He simply says to forgive. And by reminding ourselves of the monetary illustration in Matthew 18, this means the immediate removal of any notion of “payment” still being owed by the offender. Where forgiveness has been genuine, no debt remains hanging over the offender’s head. Therefore, neither should there remain any attitude of the offended person being owed something.

Once again there is a simple and obvious point: sin should be addressed, those who have offended should acknowledge their sin and repent, and offenses must not be held against a person who has repented.

According to Jesus, there is no limit to how often Christians should be willing to repeat the cycle of rebuke, repentance, and forgiveness. In Luke 17:4 he continues by saying, “and if he sins against you seven times in the day, and turns to you seven times, saying, ‘I repent,’ you must forgive him.” In another place, when Peter asked if he should forgive his brother “as many as seven times,” Jesus replied, “I do not say to you seven times, but seventy times seven” (Matt. 18:21-22). Doing the math, this equals 490 times, but the perceptive reader understands that Jesus wasn’t setting a numerical limit after which forgiveness is not required. He was commanding limitless grace and forgiveness in response to a brother’s repentance.

Certainly there are legitimate questions that might be asked here about a professing Christian’s repetitive sins possibly indicating the absence of genuine repentance, and the related topic of how the church should address a so-called Christian who becomes known as a gross or habitual moral offender (e.g., 1 Cor. 5 and 6, also see Matt. 18:15-17). But that is not Jesus’ purpose in these places. Here he is addressing personal offenses—even often-repeated ones—between brothers and sisters in Christ where there is genuine repentance.

Again, Jesus makes a simple, powerful, and sobering point when all facets of forgiveness are considered: if you harbor unforgiveness in your heart—if you are keeping score, holding prior offenses against other believers—if you are not eager to be reconciled to a brother or sister who has offended you—if you go on seeking (whether in subtle or obvious ways) to exact payment or to emotionally or socially punish someone who has sinned against you, then according to Jesus, you should not expect that your own sins have been forgiven by God.