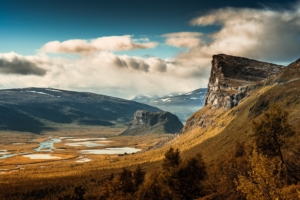 And just as it is appointed for man to die once, and after that comes judgment, so Christ, having been offered once to bear the sins of many, will appear a second time, not to deal with sin but to save those who are eagerly waiting for him. (Heb. 9:27-28)

Your “lot” is what you can expect to receive, what you have coming—what is appointed for you. It can be an inheritance, a portion, or a punishment. In the case of mankind (according to the above-quoted text), there is but one “lot”—one appointed end: death, and then judgment. People are born, they live (in sin), they die, and then they receive their just penalty from God. As the text indicates, mankind’s just reward is judgment, which in this context refers to everlasting condemnation. One life, one death, and one common eternity.

This is the Bible’s consistent message about the lot of mankind: “The Lord saw that the wickedness of man was great in the earth, and that every intention of the thoughts of his heart was only evil continually” (Gen. 6:5). “None is righteous, no, not one” (Rom. 3:10). “All have sinned and fall short of the glory of God” (Rom. 3:23). “For the wages of sin is death” (Rom. 6:23).

But despite mankind’s universal depravity and just destiny of condemnation, God has not left our race without hope. The passage above continues from dark prospect to delightful promise. Just as man’s common lot is to die and then face judgment, “so Christ, having been offered once to bear the sins of many, will appear a second time, not to deal with sin but to save those who are eagerly waiting for him.”

It is important to note that the people in this second category are identified in two ways. They are those . . .

One value of this text is that it gives professing Christians a means of self-evaluation. We are more than willing to embrace the thought of Jesus paying the debt for our sins, but are we among those who are also eagerly awaiting his return? The text makes it plain that if the first is true of you—if Jesus truly is your substitute (i.e., your Savior)—then the second will be true of you also—you will be eagerly awaiting his return.

The faith of the true believer is not merely backward-looking. It does not look only to the deliverance that was accomplished on the cross in the first century. It looks (and lives) just as believingly and eagerly toward the day when we will see the one we love—the one who loved us and gave himself up for us. Surely he is coming soon!