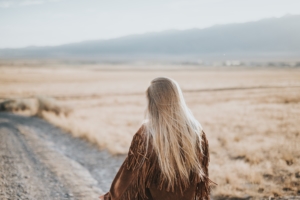 We all have regrets in life. You might wish you had continued with those piano lessons. Or perhaps you’re sorry you didn’t spend more time with your grandparents before their passing. But one of the worst regrets in life is looking back and saying, “I was such an absent father,” or, “If only I had done things differently as a mother, maybe my children would love the Lord today.” How painful those thoughts can be.

I’ve known some parents of teenagers who had major regrets. They knew Ephesians 6:4 by heart. They heard plenty of messages about “Gospel-centered parenting.” They even read books like Shepherding a Child’s Heart. But then they became parents of rebellious teenagers, and they know their negligent parenting contributed to this reality. I can hear them bemoaning, “Our kids aren’t as respectful as we wish. They’re addicted to their gadgets. They don’t respond to authority like they should. They rarely say, ‘Thank you.’ Look at what we’ve created! Is there any way to fix this? Help!” Maybe that’s you, right now.

Just admitting you failed is a necessary step to take if you want to help your rebellious teens. Own it. Confess your sins to one another. This was a joint effort, though as heads of the home, fathers should always take the major portion of the blame (Note that Ephesians 6:4 begins with “Fathers…”).

Then what? Now that you have repented, rest in Christ. God doesn’t love you less because you blew it as young parents. The effects of the cross of Christ are an ever-present reality for the believer—even the weary, nearly broken parent. And the fact that you are acknowledging your mistakes is an indication of just how much the Lord cares for you! The reason you hurt and yet want to go forward for the good of your children is because the Lord is for you.

But don’t move too quickly. You need to strategize with your spouse about a plan for the days ahead. That might seem daunting, and it would be if you were left to yourself. But the Lord has given you other believers to talk to, especially your pastor(s) and seasoned, wise parents in your church. Depend on them not so much with the attitude that says, “We’ll pick and choose a few ideas, but for the most part we can figure this out,” but with the conviction, “We obviously need major help, so let’s listen very attentively, trust them, and follow their counsel.”

Part of your strategy must include, as soon as possible, confessing your sins to your children and asking for their forgiveness. Don’t be too vague. Tell them what you should have done. Give them concrete illustrations of your failures. At this point, try not to make your talk about their current rebellion, but about your past sins. Express your feelings of regret. Tell them how looking to Jesus has helped you. Plead with them to forgive you. If they refuse, don’t despair. They are demonstrating their need for Christ, and it’s another reminder that you really do need to make major changes.

Regarding the changes you might seek to institute, it will probably be impossible to shift entirely to “the ideal.” You’ll want to think about a series of changes versus one comprehensive move. Your children don’t have to know your end goal. For example, if they have unlimited access to their smartphone, perhaps you could first implement a “no phones at the supper table” policy. You can eventually create boundaries beyond that. To make massive changes too soon will probably only incite them to exasperation and more rebellion.

Instead of just telling your teens what changes are being made, discuss it with them first. Reason with them about what could happen, why a different way of doing things would be better, and even let them make suggestions regarding what to do. This doesn’t mean you have lost all authority. They need to know that you are still in charge and you still have the God-given responsibility to “bring them up in the discipline and instruction of the Lord” (Eph 6:4). Sometimes you must institute rules whether they like them or not. For example, you don’t need their permission to require no cursing, and to discipline them if they rebel. For any decisions you make, make sure you and your spouse are united, and then stay consistent with “the new normal.”

All along, keep giving them the gospel. What they ultimately need is life from God. You may not want to require “family worship” if it hasn’t been a pattern in the past. Instead, in normal conversation, talk with them about their lives and really listen to them. At some point, they will experience trials. When they do, they’ll come to you for help. But even before then, talk about what you love—Jesus, the church, Scripture, missionaries. You don’t have to force this. And it doesn’t always have to be directed toward your kids. You and your spouse should enjoy talking about the Lord in front of them. Sometimes the best “teaching” is through an overheard conversation.

Most importantly, follow Christ with all your might. Not by yourselves, but with a body of believers. Your teens are watching. And pray like you’re on the way to the emergency room with a child who is about to die. The situation is actually more urgent than that. And the “bringing up” stage feels like it’s almost over, because it is! But there’s still time. Don’t lose heart. God can redeem your parenting, and your rebellious, ungrateful teenagers.