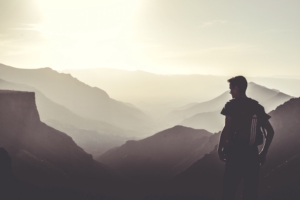 The people of God are called to be fools for the sake of Christ. Many Christian young people are not.

When Paul wrote his first letter to the Corinthians, he was fighting this very battle. He brought into sharp contrast the wisdom of the world and the foolishness of God. To the world in their wisdom, he said in chapter 1, the cross of Christ is utter stupidity. It is bloody, dirty, poor, and intellectually bankrupt—the historical execution of a Jewish, religious criminal. “But,” he said, “to those who are the called . . . [it is] Christ the power of God and the wisdom of God (1:24).” The cross does not cease to be dirty, and bloody, and poor, but to the called, this “foolishness” is seen as the glorious power and wisdom of the omnipotent, omniscient God.

The world hates the gospel. How else can you explain the martyrdom of the many early Christians in the Roman Coliseum, or the beheading of John and Betty Stam, missionaries to China in 1934, or the brutal torture and death of three missionaries in Asia this past year? To the world in their wisdom, the cross of Jesus Christ is still dirty, bloody, poor, and stupid. And, possibly what is the most hateful of all, it demands of them absolute submission. That is the gospel that you are called to preach and live.

When I travel with my father, I have the opportunity to meet many people in churches and conferences who are near my age. I am weary of seeing so many young people who are completely enamored with living and preaching a gospel that is cool. The true gospel is not cool. It is foolishness. Jesus Christ is not cool. To the world, He is a fool. If He had been wise in the world’s opinion, they would not have murdered Him. And if Jesus Christ came back today to live among the Western church, I think it possible that many youth groups, discovering that He is not the Jesus Christ they have created, would crucify Him again.

Much of the problem is that many young people are holding a rope that is not held by God on the other end. They are resting in a salvation that is not based on God’s grace and Christ’s work, but on family tradition or on a one-time experience. My objective, however, is not to deal with that problem. My object is to plead with genuine Christian teenagers and college students to be fools for the sake of Christ.

Ultimately, I am saying this: If you are a true follower of Christ, you are not called to be cool. You are called to preach and live out a gospel that is hated by many of your friends—maybe even some in your church. Christians are not supposed to be loved by the world. Christians are supposed to be like those in Hebrews 11 who were “stoned . . . sawn in two . . . tempted . . . put to death with the sword; they went about in sheepskins, in goatskins, being destitute, afflicted, ill-treated, wandering in deserts and mountains and caves and holes in the ground (11:37-38).” They were men of whom the world was not worthy.

I yearn for an army of young people who are world-hated, Christ-exalting fools—young men and women of whom the world is not worthy.