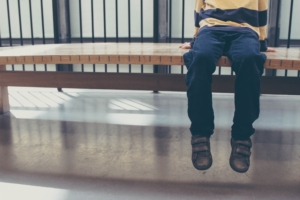 God loves orphans. Throughout the Old Testament God makes special mention of them (and widows) as dear to His heart.

The Lord is King forever and ever; Nations have perished from His land. O Lord, Thou hast heard the desire of the humble; Thou wilt strengthen their heart, Thou wilt incline Thine ear To vindicate the orphan and the oppressed, That man who is of the earth may cause terror no more. (Psalm 10:16-18)

A father of the fatherless and a judge for the widows, Is God in His holy habitation. God makes a home for the lonely; He leads out the prisoners into prosperity, Only the rebellious dwell in a parched land. Psalm 68:5-6

Then the word of the Lord came to Zechariah saying, “Thus has the Lord of hosts said, ‘Dispense true justice, and practice kindness and compassion each to his brother; and do not oppress the widow or the orphan, the stranger or the poor; and do not devise evil in your hearts against one another. (Zechariah 7:8-10)

What do orphans and widows have in common? They both have been deprived of that normal headship through which God provides protection and provision. God wants His people to step in where His normal channel of shepherding has been removed. When God rebukes His people for behaving in a manner inconsistent with His character He addresses this neglect:

“Wash yourselves, make yourselves clean; Remove the evil of your deeds from My sight. Cease to do evil, Learn to do good; Seek justice, Reprove the ruthless; Defend the orphan, Plead for the widow.” “Come now, and let us reason together,” says the Lord, “Though your sins are as scarlet, They will be as white as snow; Though they are red like crimson, They will be like wool. (Isaiah 1:16-18)

An interesting shift in perspective takes place in the New Testament. We are not placed in the position of providing for orphans. We are the orphans! The words of John 14:18  are  beautiful. Jesus says, “I will not leave you as orphans; I will come to you.”

The new relationship with our heavenly father—a relationship secured by the death and resurrection of Christ— is described as adoption. The following passages make this abundantly clear.

But when the fulness of the time came, God sent forth His Son, born of a woman, born under the Law, in order that He might redeem those who were under the Law, that we might receive the adoption as sons. And because you are sons, God has sent forth the Spirit of His Son into our hearts, crying, “Abba! Father!” (Galatians 4:4-6)

He predestined us to adoption as sons through Jesus Christ to Himself, according to the kind intention of His will. (Ephesians 1:5)

We are children of God. Jesus is His only begotten Son; we are His adopted children. Could anything be more Christlike than to give to a needy child that which God gave to us—a secure place in the family of a loving father? I am not suggesting that it is God’s will for every Christian to adopt a child. But in light of the ever-increasing number of children who have no family around the world it may be time for every church to participate in adoption ministry in some way. This is a huge “people group” that very few Christians are addressing. There are millions of children in the world who cannot cry out “Abba, Father” to anyone, earthly or heavenly.

Even noting the clear statements of Scripture as to God’s attitude toward the orphan I have still heard Christians say that adoption is not of God. They say that we would be enabling abandonment by the mother, or endangering our own families with unknown “sins of the father.” The life of Moses should put the first fear to rest. We often do not have all the facts. We do not know why a birth-mother may need to seek other provision for her child. As to the “sins of the father,” I am glad Jesus didn’t have this attitude. Our heavenly Father adopted those who were “by nature” contrary to Himself. We were not like Him. But because of His great love He adopted us.

Do we have such love? Pure and undefiled religion in the sight of our adoptive Father surely includes caring for orphans in their distress.

Bill Busshaus is married with four adopted children. He lives in Fredericksburg Texas. He served for 15 years as director and Bible instructor at His Hill Bible School. He currently is a teaching elder at Fredericksburg Christian Fellowship.