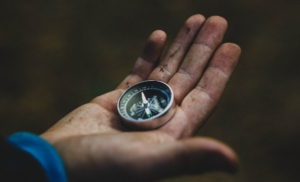 Conscience is the light God has placed within the soul of man to distinguish  between right and wrong.  It will be one of the things which will be the basis of God’s judgment at the last day (Romans 2:16). The Scriptures clearly teach us what the conscience is and how it acts to truth.

(1) The enlightened conscience.  Romans 2:15 teaches that God’s law is written on the hearts of men.  “Who show the work of the law written in their hearts, their conscience also bearing witness”. This is what has been called the internal witness God has given of Himself. The external witness is the creation of the world which bears witness to the wisdom and power of a Creator.  Practically speaking, this means that all men know that there is a God, although this light can be snuffed out through sinful speculation.

(2) The guilty conscience. When people do what they know is wrong, an alarm goes off within their hearts.  This happens even to unsaved people, though in a more intense way it happens to believers also.  John 8:9 says that some self-righteous people brought a fallen woman to Jesus, seeking to get Him to carry out the sanctions of the Old Testament law.   When Jesus rebuked them by calling on those without sin to cast the stones, they were “convicted by their conscience.”

(3) The weak conscience.  There are several references in Paul’s writings referring to people who have a weak conscience (e.g. I Corinthians 9:8).  Generally speaking a weak conscience is caused when people are not properly taught about what is against God’s laws  If they have scruples against certain things that are not wrong, their conscience is weak and Paul counsels strong believers not to act in such a way as to offend them or lead them into sin.  This reminds us that the conscience is formed by the way we are taught.  Some legalistic teachers lead believers to think things are wrong when they are not.

(4) The seared conscience.  This is the scariest type of conscience, which is a conscience which has become so hardened that people can do wrong without even feeling guilty. “Speaking lies in hypocrisy, having their own conscience seared with a hot iron” (I Timothy 4:2).  There is no  doubt about it.  Sometimes people can continue to lie, steal, cheat and in general go against even the common laws of man so long and so often, that they have no feeling of regret.  I have often thought that the random killings that we hear so much about in our society are carried out by people who have lost all sense of right and wrong.

(5) The good conscience.  A person who is led by the  Spirit of God, and can make clear and positive decisions to obey the will of God, can have a good or “clear” conscience.  (See Acts 23:1; 24:16; I Timothy 1:5). A guilty conscience can cause all kinds of psychological problems. But when we have the grace to do what is right, we can have the heavy load of sin lifted from out backs, as it were. Paul said that he always strove to have a a “conscience without offense toward God and man”(Acts 24:16).  That is quite a mouthful.  What a blessing it is when people can live with a good conscience.