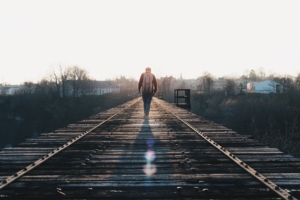 Perhaps you’ve had this experience: Something was troubling you. It was consuming your life, weighing you down, distracting your attention. You decided to share this with your brothers and sisters in Christ. You needed their help. You longed for their prayers. Then the moment came—perhaps in a small group meeting—and you courageously spoke. Through tears and a quivering voice, you told them everything.

Over the next few days, something disappointing transpired—no one called, texted, emailed, or stopped by to see you. It was as if you had said nothing at that gathering. In this dark season when you needed your fellow believers, they were nowhere to be found. They should have been there, but you were abandoned.

Paul knows your pain. At the end of his life, he suffered in a dreadful prison because of his preaching of the gospel (2nd Tim 2:9). Yet worse than the torment of the governing authorities was the absence of those who should have been by his side. He was actually deserted twice. First, Paul wrote, “Demas, in love with this present world, has deserted me and gone to Thessalonica” (2nd Tim 4:10). Paul’s assistant had abandoned him in Rome.

Paul’s other experience of desertion is explained in Second Timothy 4:16: “At my first defense, no one came to stand by me, but all deserted me.” Let’s analyze and learn from this desertion. By mentioning his “first defense,” he’s not talking about his first imprisonment in Rome several years earlier (mentioned in Acts 28). The Roman judicial process included an initial hearing before the emperor (or magistrate) to see if it was necessary to continue to a trial. During this “first defense,” the accused could have an advocate speak on his behalf. If nothing else, at least his friends could come to offer encouragement. But now, imprisoned a second time by Rome, nobody came to this preliminary hearing to stand with Paul.

Who exactly deserted Paul at his first defense? Maybe Luke (who was with Paul at the time of the writing of 2nd Timothy, cf. v. 11), though my best guess is that he wasn’t in town at the time of this hearing. With his previous history of “being there” for Paul, I can’t imagine he would have forsaken him. However, there were believers in Rome who could have “stood by” Paul. Some of them are mentioned in verse 21—Eubulus, Pudens, Linus, and Claudia, along with “all the brothers.” It’s hard to fathom that they didn’t appear at his hearing, isn’t it? If your pastor was wrongly imprisoned for preaching the gospel, and you could go to his preliminary hearing to show your support, you would attend, right? Apparently where persecution is common, wrong actions are possible.

We may never have as dramatic of an experience as Paul, but there will be occasions in our lives when we need our brothers and sisters, when they should be there for us, but they will let us down. How should we respond? Paul teaches us. Look at the entirety of verse 16, “At my first defense no one came to stand by me, but all deserted me. May it not be charged against them!” How did he respond? With mercy.

During his first imprisonment, Paul wrote, “Be kind to one another, tenderhearted, forgiving one another, as God in Christ forgave you” (Eph 4:32). As his days on earth drew to a close, Paul practiced what he preached. I wonder if when he wrote about this desertion, he had in mind Jesus, hanging on a cross, praying, “Father, forgive them, for they know not what they do” (Lk 23:34). And Paul no doubt remembered the stoning of Stephen. When he was martyred, the then unconverted Paul stood by and approved and even held the garments of the killers (Acts 7:58; 22:20). At one point while they were executing Stephen, the bloodied follower of Christ fell to his knees and “cried out with a loud voice, ‘Lord, do not hold this sin against them’” (Acts 7:60). Those words certainly echoed in Paul’s mind all those years later.

There is an alternative way to respond to being deserted by believers: with bitterness and resentment. But if you respond that way, beware. That attitude will rot your soul. As someone once said, “Resentment is like drinking poison and hoping the other person will die.” And Jesus said, “If you do not forgive others their trespasses, neither will your Father forgive your trespasses” (Mt 6:15). Relentless unforgiveness is eternally dangerous!

Desertions hurt. Mercy is not the “natural” response. But when you remember and cherish how merciful God has been toward you in the cross of Christ, you’ll be merciful toward those who have abandoned you, you’ll extend forgiveness, and you might even find yourself calling down God’s grace upon them. Martyn-Lloyd Jones testifies, “(W)henever I see myself before God and realize even something of what my blessed Lord has done for me, I am ready to forgive anybody anything. I cannot withhold it, I do not even want to withhold it” (Studies in the Sermon on the Mount, p. 349).