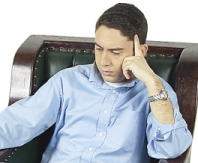 Do believers ever have doubts about Jesus?

John the Baptist did, which might be surprising because he had a stellar start as a preacher of the gospel. For example, he declared, “As for me, I baptize you with water; but One is coming who is mightier than I, and I am not fit to untie the thong of His sandals; He will baptize you with the Holy Spirit and fire” (Luke 3:16). His view of Jesus could not have been higher. On the next day, as Jesus approached him, he said, “Behold, the Lamb of God who takes away the sin of the world!” (John 1:29).

But then John stood for the truth by opposing Herod’s unlawful marriage to Herodias (Mark 6:17-18). Herod put him in prison, and John began to have questions about the very Man he had previously said was the Son of God (John 1:34). John even sent two of his disciples with a question that reveals the uncertainties he was experiencing. On behalf of John, they asked Jesus, “Are You the Expected One, or do we look for someone else?” (Luke 7:20). He still believed that a Messiah would come, but he temporarily found it difficult to believe that the Jesus he knew was the One.

John’s doubt is understandable. He was suffering in a prison on account of the truth and he may have expected Jesus to come with judgment and consummate the kingdom of God immediately, as so many others did. If John the Baptist had doubts about Jesus, any believer might.

What should we do if we have doubts about Jesus?

First, go to the Lord Jesus with your doubts. John went (through his disciples) to Jesus and asked Him, “Are You really the Messiah, or should we look for Someone else to fill that role?” Whatever the reason is for your uncertainties about Jesus, cry out to Him for the truth.

I knew a college student who, soon after professing faith in Christ, began questioning if He truly was the Savior of sinners. But instead of praying to the Lord for help, she went to her university professors to see what they thought. Sadly, they were not believers and as a result of their ungodly counsel she renounced the faith.

The second action to take if you have doubts about Jesus is to fill your mind with truth about the life and ministry of Jesus. Jesus did not immediately answer John’s question about His identity. Instead, right after the inquiry, “He cured many people of diseases and afflictions and evil spirits; and He gave sight to many who were blind” (Luke 7:21). So, as John’s disciples looked on, Jesus ministered, and then “He answered and said to them, ‘Go and report to John what you have seen and heard: the blind receive sight, the lame walk, the lepers are cleansed, and the deaf hear, the dead are raised up, the poor have the gospel preached to them” (v. 22).

Jesus responded to John’s question by demonstrating that He is the Messiah promised in the Old Testament. His actions fulfilled specific prophecies from Isaiah (for example, Isaiah 35:5-7 and 61:1). Jesus addressed John’s uncertainties by essentially saying, “Look at My ministry, John. It may not be what you expected, but it’s precisely what was promised. I’m acting like the Messiah that I truly am.”

What John the Baptist needed in his hour of despair is what we need—a fresh vision of the biblical Christ. We defeat doubt by immersing our minds with truth from the Bible about Jesus. Someone once said, “Feed your faith and your fears will starve to death.” The Holy Spirit gives hope and assurance in connection with God’s Word. Bible intake is vital for the doubting believer.

Is it really worth fighting to overcome doubts about Jesus?

Without a doubt! Jesus said, “Blessed is the one who does not take offense at Me” (Luke 7:23). Blessing is promised to those who are not tripped up by Jesus, but instead believe He is the One and He knows what He’s doing. This is not a promise of prosperity now (John the Baptist did get his head cut off.). However, for the person who perseveringly trusts in the Christ of Scripture, decisive deliverance is coming.

Blessed are you who are poor, for yours is the kingdom of God.

Blessed are you who hunger now, for you shall be satisfied.

Blessed are you who weep now, for you shall laugh.

Blessed are you when men hate you, and ostracize you, and insult you, and scorn your name as evil, for the sake of the Son of Man. Be glad in that day and leap for joy, for behold, your reward is great in heaven. (Luke 6:20-23)