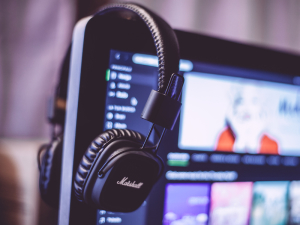 We all bump into the question often enough. How are we going to entertain ourselves tonight? You may wish that you bumped into it more often, especially if you have young kids. Whatever the circumstances, we all entrust a good portion of our total life span to entertainment.

While it may seem harmless, the question goes deep really fast, because we all know that how we entertain ourselves is not just a matter of simple preferences, but of Christian morals.

And lots of people have strong opinions about it, from engage-the-culture crusaders to stay-away sticklers.

Now, I’m going to operate with the assumption that entertainment as a bare concept is not bad. That is, as long as we’re defining it as something like “taking time away from the normal routine of goal-oriented labor to interact with something that brings enjoyment.” Under that definition, taking a hike would be a legitimate entertainment option.

However, in our culture, taking a hike is often not even on the list of top five entertainment options. What do nose their way to the top are things like movies, music, video games, and books.

These are content-heavy options. They all come at us with strong messages and feelings. Whereas a hike is rather “empty,” in the sense that we can pretty much put our own content into it, and a movie introduces its own content into our lives. It says, “Oh, good evening! Welcome to my world. Let me show you what I’ve been thinking about recently.”

Quite obviously, then, we have some choices to make. Which movie’s “thoughts” do we want to see? Which feelings do we want to feel?

Let me explain first that I have historically not been a big-time stickler about these things. Definitely a lot more than some people, but always one to insist that this is not a matter of rules, but of the heart.

But I think I’m getting stickly-er. For sure, I still believe that the Lord cares more about the heart than ratings. But before you open up your mind to another movie, book, game, or recording artist, let’s glance at something Paul said a few years ago.

But sexual immorality and all impurity or covetousness must not even be named among you, as is proper among saints. Let there be no filthiness nor foolish talk nor crude joking, which are out of place, but instead let there be thanksgiving. (Ephesians 5:3-4)

Paul doesn’t want people to do these things. Why not? Because people who do them don’t have an inheritance in the kingdom of God. “Let no one deceive you with empty words,” he says, “for because of these things the wrath of God comes upon the sons of disobedience” (v. 6). These things are so bad, in fact, that he uses especially strong language to get the people to stay away from them (“let them not even be named among you”).

Take no part in the unfruitful works of darkness, but instead expose them. For it is shameful even to speak of the things that they do in secret. (Ephesians 5:11-12)

I’m particularly interested in that second sentence: “For it is shameful even to speak of the things that they do in secret.”

He’s saying that these works of darkness (things like immorality and crude joking) are so disgusting that they’re even shameful to talk about. The only thing to do with them is take them outside at high noon and smash them up on the sidewalk.

So next time you’re watching a movie, listening to a song, or playing a game you and come to a part that hints at immorality, includes some crude joking, or just churns out some general filthiness, bring this verse up in your mind. These are the things that bring God’s wrath on the world and that are too disgusting even to talk about.

And we’re watching them for entertainment?