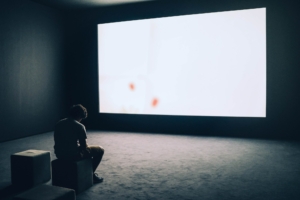 Have you ever been lost? Maybe you lost track of mom or dad at the grocery store and all of a sudden the shelves and aisles seemed really tall and scary. Or, you found yourself driving in a strange neighborhood after following your GPS to a location that ended up being completely wrong.

My wife and I often remember the night we drove across town to a Dairy Queen that did not exist. We were lost and we knew it, so we sought directions and eventually found the delicious soft-serve ice cream we had been seeking. But we wouldn’t have sought help if we hadn’t truly believed we were lost.

There once was a man named Zacchaeus (Luke 19:1-10) who likely knew what it was to feel lost in a crowd of people, because “he was small of stature” (v.3). As a child I sang, “and a wee little man was he.” Upon hearing that Jesus was coming through town, he climbed a tree for a better view (v.4).

When Jesus told Zacchaeus he was coming over, the people grumbled, “He has gone in to be the guest of a man who is a sinner,” (v.7). Zach was a jerk—a real miser, who stole money from the poor and made himself rich collecting taxes and the people knew it, Jesus knew it, and Zacchaeus did too. He felt lost.

Jesus came to seek and save the lost

The story ends with Zacchaeus making restitution for his sin and fraud (v.8) and Jesus declaring, “Today salvation has come to this house, since he also is a son of Abraham,” (v. 9). As a representative for those who would be made heirs to the promises of Abraham, Zacchaeus was saved.

Jesus sought him because he was lost, “For the Son of Man came to seek and to save the lost,” (v.10). Not because he was in a tree, not because he was tiny, but because he needed found and he wasn’t in denial about it. He owned his reality and came to Jesus in honesty and need. After a lifetime of deceit, this man was willing to give up his money and possessions to follow Jesus.

Salvation came to Zacchaeus because Jesus seeks sinners. Without Jesus, tax collectors, harlots, thieves, liars, murderers, and you are “by nature children of wrath, like the rest of mankind,” (Eph 2:3). By nature and choice, all mankind deserve wrath and is lost. You are lost, or were lost before Jesus sought you. The question is, do you feel like that is true? Do you deny your own sin or do you own it like Zacchaeus?

Luke makes note that Zacchaeus received Jesus joyfully (v.7). As the hymn goes, All the fitness He requireth, Is to feel your need of Him. Contemplating his miserable and unrighteous life to the present, Zacchaeus was feeling very needy. He was burdened and weighed down with a life of treachery. He was now fit for Jesus.

He was not righteous, but he was seeking to see One who was. He was not able to enter heaven, but was climbing the tree to gaze on the One who had come down from the presence of God. He knew he could not rescue himself, but had heard that the Savior could.

Jesus would later climb a tree for Zacchaeus. A dead tree. An instrument of death. Having done His earthly seeking it was now time to save. With the roles reversed, Jesus would be hung in the sight of all, to accomplish the redemption that Zacchaeus had no power to bring about. Raised up with blood pouring down, dripping off of His nose, and pooling on the ground.

He commanded Zacchaeus to come down because He knew He was going up. First into the house of the sinner and then to his rightful place under the terrible wrath of God on the cross, making payment for his sins – and yours too, you who feel lost and flee to His feet where the blood runs free.

And as Moses lifted up the serpent in the wilderness, so must the Son of Man be lifted up, that whoever believes in him may have eternal life. John 3:14-15