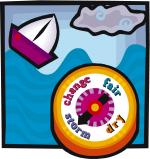 This has been a particularly difficult week, and I confess to have fallen prey to anxiety and fretting. Worry can give small problems such long shadows that they become giants of immense, irresistible proportions. On the other hand, I fully realize that there is no enemy too strong or foe too powerful to stand against the truth of Scripture.

As is true of all Christians, I am in the midst of a spiritual battle as temptations to sin and seemingly impossible physical circumstances lay siege to what I should clearly understand from God’s Word. It’s the struggle Paul spoke of when he wrote, “In all circumstances take up the shield of faith, with which you can extinguish all the flaming darts of the evil one; and take the helmet of salvation and the sword of the Spirit, which is the Word of God” (Eph. 6:16 ESV).

The conflict is real. It’s a battle in which one skilled in handling God’s truth should easily put to flight 10,000 assailants of doubt, despair, and discouragement. But these are formidable foes that manifest themselves in the form of temptations that seem too strong to resist, situations that seem impossible to resolve, complications that appear too entangled to unravel, or wounds that appear too deep for healing.

I generally succumb too easily by failing to look beyond what I can see into that unseen but ever-present world where such battles are won and lost. That is where we ultimately stand or fall (cf. Eph. 6:10-12).

I would like to think that I could do better if the clock could be turned back about 40 years. But the past cannot be changed. And though the present is engulfed by the struggles of the moment, the future is in my hands, through God’s strength.

Even when I feel helplessly adrift on a sea of swirling afflictions, there are always some notable promontories on the horizon as I meditate on God’s promises. These are landmarks to guide me to safe harbor—truths given by God for times of doubt and distress.

First there is the surety of answered prayer (Jer 33:3). I am not without appeal. I have the ear—and the heart—of a King who constantly bids me call upon Him. Second, I am not alone (John 4:4), and He who is with me is greater than any foe. Third, I am not forgotten; He has promised to never leave me nor forsake me (Heb 13:5).

In the shadows of these majestic pinnacles of truth there await legions—even legions upon legions—of their companions. They are the “precious and very great promises” of God (2 Pet. 1:4), fit and ready for any situation. May I often gaze upon this mighty host and be reminded that God is able to care for His own, no matter how troubled the waters of life may be.

Ephesians 6:10-12
Finally, be strong in the Lord and in the strength of His might. Put on the whole armor of God, that you may be able to stand against the schemes of the devil. For we do not wrestle against flesh and blood, but against the rulers, against the authorities, against the cosmic powers over this present darkness, against the spiritual forces of evil in the heavenly places.