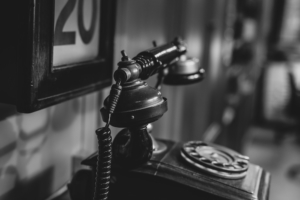 God cares how we communicate with other believers. Is there a “communication” resolution below that you should apply to your own life?

I will talk less.

Proverbs 10:19 – When there are many words, transgression is unavoidable, but he who restrains his lips is wise.

James 1:26 – If anyone thinks himself to be religious, and yet does not bridle his tongue but deceives his own heart, this man’s religion is worthless.

I will listen carefully.

Proverbs 18:2 – A fool does not delight in understanding, but only in revealing his own mind.

I will rebuke my brother if necessary, and forgive him when he repents.

Proverbs 28:23 – He who rebukes a man will afterward find more favor than he who flatters with the tongue.

Luke 17:3 – If your brother sins, rebuke him; and if he repents, forgive him.

I will accept rebukes and repent.

Proverbs 12:1 – Whoever loves discipline loves knowledge, but he who hates reproof is stupid.

Romans 6:12 – Let not sin therefore reign in your mortal bodies, to make you obey their passions.

I will confess my sins regularly.

Proverbs 28:13 – He who conceals his transgressions will not prosper, But he who confesses and forsakes them will find compassion.

James 5:16 – Therefore, confess your sins to one another.

I will always tell the truth.

Proverbs 26:28 – A lying tongue hates those it crushes, And a flattering mouth works ruin.

Revelation 21:8 – But for…all liars, their part will be in the lake that burns with fire and brimstone, which is the second death.

I will encourage other believers every day.

Proverbs 16:24 – Pleasant words are a honeycomb, Sweet to the soul and healing to the bones.

Hebrews 3:13 – But encourage one another day after day, as long as it is still called “Today,” so that none of you will be hardened by the deceitfulness of sin.

I will avoid unedifying speech.

Proverbs 12:18 – There is one who speaks rashly like the thrusts of a sword, But the tongue of the wise brings healing.

Ephesians 4:29 – Let no unwholesome word proceed from your mouth, but only such a word as is good for edification according to the need of the moment, so that it will give grace to those who hear.

I will treat all believers with respect.

Proverbs 22:2 – The rich and the poor have a common bond, The Lord is the maker of them all.

1 Corinthians 12:24-25 – But God has so composed the body, giving more abundant honor to that member which lacked, so that there may be no division in the body, but that the members may have the same care for one another.

I will demonstrate love with more than words.

Proverbs 19:17 – One who is gracious to a poor man lends to the LORD, And He will repay him for his good deed.

1 John 3:17 – But whoever has the world’s goods, and sees his brother in need and closes his heart against him, how does the love of God abide in him?