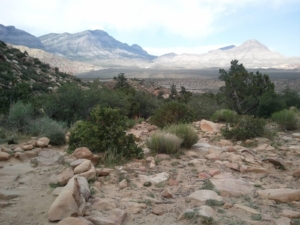 “We will not fear for God hath willed
His truth to triumph through us.”

This victorious line is found in the English version of Martin Luther’s famous hymn, “A Mighty Fortress is Our God.” It has often bolstered my faith.

The truth is bigger than you and me. In fact, Paul himself said, “We [the apostles] can do nothing against the truth, but only for the truth” (2 Cor 13:8). It stands when we don’t. What a statement. Not even an apostle is above the truth.

There was a powerful display of this reality one day when Peter, Paul, and Barnabas were in Antioch in Syria. All was going well when some people from Jerusalem visited them. Peter had been eating with the Gentiles because the gospel had set him free to relate to them as true brothers, but when these men came Peter began to separate himself from the Gentile Syrians. Barnabas began to do the same, and even the rest of the Jewish believers among them. In other words, the old Jewish Law of separating from Gentiles kicked in when the pressure was on, and these believers caved under the pressure.

That might seem interesting, but hardly worth the trouble to write about. But it wasn’t at all a minor issue. Here’s what Paul wrote:

But when I saw that they were not straightforward about the truth of the gospel, I said to Cephas [Peter] in the presence of them all, “If you, being a Jew, live like the Gentiles and not like the Jews [that is, live free from the Old Covenant Law as a Christian], how is it that you compel the Gentiles to live like Jews [that is, making them be separate at meals]?” (Galatians 3:12-13)

Paul said this publically to some very important people, even Peter, who had become a leader before he had and was the one through whom the door had opened for Gentiles (remember the Roman Centurion named Cornelius whom Peter baptized in Acts 10). In an honor/shame culture like the Jews had grown up in, this must have been very hard to hear.

Notice the phrase I made bold in the verses above: “not straightforward about the truth of the gospel.” Peter’s action was a contradiction to the gospel that had erased the old Jew/Gentile separation. Peter wasn’t above the truth even as an apostle, but subject to it.

Truth given from God is a rock bigger than earth and all of creation. Of the billions who have lived on this earth, everyone will have to face their failure to consider its importance. Jesus once said that he did not come to judge any man (that is, in his first coming), but he went on to say,

He who rejects Me and does not receive My sayings, has one who judges him; the word I spoke is what will judge him at the last day. For I did not speak on My own initiative, but the Father Himself who sent Me has given Me a commandment as to what to say and what to speak. (John 12:48-49)

The apostles, and each of us, are people who know God’s truth is real. It will indict every person who has ever lived. And it will liberate every person who will listen. We preach something much bigger than ourselves—an eternal truth—that will have its impact on every life.  It will stand, and the whole world will one day know it.

His truth will triumph through us!