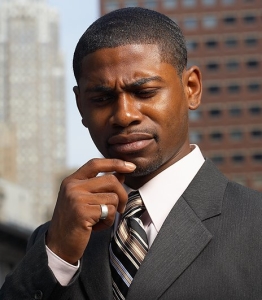 I’ve noticed both online and in person that some people regularly and vigorously defend their view of election (God choosing to save some people). When the apostle Paul mentioned the idea of election in First Thessalonians 1:4, he wasn’t arguing for his view, but simply stating it as a reality in the lives of the Thessalonians: “For we know, brothers loved by God, that he has chosen you, because…” So this extremely controversial doctrine in our day was spoken of very easily by Paul—even when addressing new believers.

But how was Paul so sure that the Thessalonians were the elect of God? I once heard a pastor say that you cannot know who the elect are in prospect, but in retrospect. In other words, we cannot look at a group of unbelievers and say, “The following four people out of this group of 10 have been chosen by God for salvation.” However, we can look back over someone’s life and discern that a person has been saved by Christ. Paul had spent enough time with the Thessalonians to be able to say, “Here’s the evidence that you are among the elect of God.”

So how did he know? Two evidences.

First, Paul knew the Thessalonians were chosen by God because of the way the gospel came to them. “For we knew, brothers loved by God, that he has chosen you, because our gospel came to you not only in word, but also in power and in the Holy Spirit and with full conviction” (1:4-5). He’s talking about an unseen reality that accompanied the preaching of the gospel. There were words proclaimed (cf. Acts 17:1-3), but the preaching wasn’t “only in word.”

Words alone are not enough—even true propositions about Jesus, the cross, and the resurrection by themselves won’t save anyone. Something must accompany the words. The gospel came to them, “not only in word, but also in power and in the Holy Spirit.” Paul preached, but it wasn’t just phrases and sentences—the Spirit of God was there. There was power in the message and the Spirit in partnership together. It seems as if Paul was talking about what he was experiencing when he preached because he says the gospel came to the Thessalonians “with full conviction,” sometimes translated, “with full assurance.” So as Paul was preaching, he had an inner confidence that God was at work saving sinners.

I’ve sometimes experienced such assurance when proclaiming the gospel. I once was preaching to about thirty teens, and I had a deep sense as I was speaking that God was using the message to affect some of the youth. The room was noticeably still as I taught and the eyes of several were filled with tears. Almost immediately afterwards, five youth came to me deeply burdened about their souls and desiring to hear more about what it means to follow Christ. The gospel had not only come to them “in word, but also in power and in the Holy Spirit.”

Second, Paul knew the Thessalonians were chosen by God because of the way the gospel changed them. In First Thessalonians 1:6-10, Paul gives several proofs that the gospel had brought them from death to life: He said they received the word with the joy of the Holy Spirit even the midst of persecution (v. 6). He noted how they became imitators of the missionaries (Paul, Silas, and Timothy) and Jesus (v.6). He mentioned how the Thessalonians “became an example to all the believers in Macedonia and in Achaia” (v. 7), and that their repentance and faith in God became know far and wide (vv. 8-9). He pointed to their eager anticipation of the return of Jesus (v. 10).

In the opening chapter of First Thessalonians, Paul doesn’t tell the Thessalonians to do anything. Instead, he thanks God for them and spends most of his ink giving the evidence that they were the elect of God. Why? This was a church founded in the midst of persecution. They had seen Paul and his team run out of town by enemies of the gospel (see Acts 17:5-10). Also, they were surely facing ongoing suffering because of their faith in Jesus Christ. So by hearing the evidence of God’s choice of them, they could then say, “Yes, God does love us. He did bring the gospel to us not only in word, but through Spirit-empowered preaching. He has changed us! No matter what the opponents of the gospel say or do to us, we are the Lord’s; we are secure in Jesus Christ. We will not turn back.”

Some men and women love to consistently remind other believers that “we are all just a bunch of filthy, rotten sinners.” Does that type of talk help us to persevere, or might we help one another more by sharing evidences of God’s election and grace in each other’s lives? I think I know how Paul would answer that question.