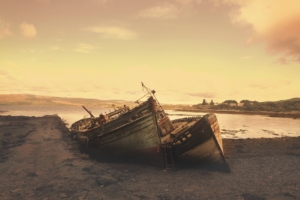 James, the student: How faithful does one have to be in order to be a true Christian?

The wise Mr. Brockton: To church or to God?

James: Doesn’t one imply the other?

Mr. Brockton: Faithfulness has many drivers, which can be deceiving. But few differentiate. My story will illustrate.

Liam Loopert was always there, since his childhood. He was an attender. And everyone in church expected as much since his parents before him and their parents before them were church stalwarts. As you know, loyalty like this is rare, but Liam wasn’t just anybody.

Liam was unmarried, but still of marriageable age, and had shown near perfect attention to church life while precious little to the art of getting married. Therefore, when Liam quit coming in late August and didn’t return until the Spring, people began to wonder what had corrupted his record. Few asked actually, because the Looperts were not the sort of people that made you feel welcome to ask about such things. They were, rather, the ones who did the asking. So, when it came to examining the fruit of their lives, no one knew anything.

But serious defection had occurred. Liam did not intend to return.

Liam had found a girl that he gave his attention to for this six months. And that girl attended another church—a serious Bible-teaching kind of church. So, almost without any consideration of the consequences, Liam attended her church. The girl simply couldn’t bring herself to forsake the people she loved who had experienced Christ in the same way as she had. In the halls of heaven, perhaps his absence wasn’t a true absence from pious things at all, he thought, but merely a lateral shift. One can debate the merits of that statement, and the members did, once they found out the truth.

His initial choice had irritated the family, to say the least. From father Joseph to aunt Missie, it wasn’t appreciated. Internally, the family went through the long talks with Liam, and bedroom talks following the big talks.

There was such embarrassment about the defection. What kind of girl would lead him to do such a thing? What kind of low church would fail to send him back where he belonged? Aren’t we doing the same thing that church is doing? Obviously the girl wasn’t worth his attention.

The girl loved her church and was so deeply stirred by her affection for God that she eventually became unhappy with Liam, seeing him as a distraction “from” rather than a means “into” more of that affection. She, despite what Liam reported, ended the relationship herself, and as politely as she knew how.

So, as if a light switch had been turned back on, the prodigal returned. He was back to his roots. Nothing was said publically, but only rumored. This faithfulness continued unabated through his subsequent marriage within the church to someone of equal religious superficiality, into his working years and on to his last breath. Because of this, the loyalty and participation of the once young man now turned corpse was mentioned two or three times in the funeral. He had no major vices that were unlike those generally esteemed among the church folks. He believed as little as they, did some notable acts that the church appreciated every so often. It was an inspiring funeral.

In Liam’s church hell wasn’t ever mentioned, yet Liam ended up there.

James: Aren’t you a little hard on the man? He did try to be faithful and succeeded way beyond most. Who is faithful at all these days?

Brockton: True, he tried. But loving the appearance of faithfulness itself is merely loving oneself.

James: How deceitful the heart is then, completely confusing most. The faithfulness of Liam looked so similar to that of his girlfriend.

Brockton: Regardless, true faithfulness to God is the heart of worship. But the reality isn’t merely about what a person’s religious habits are, but who one is faithful to and what that faithfulness rises from. Liam was not merely mistaken; he was the polar opposite from a true worshipper. He ended up where all who do not desire to worship God spend eternity. In fact, if he could see his own heart better, he would have known that he preferred an eternal future that would have nothing to do with worshipping God.

“This people honors me with their lips,
but their heart is far from me;
in vain do they worship me,
teaching as doctrines the commandments of men.” Mt 15:8-9