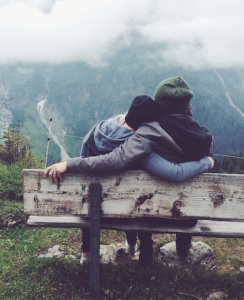 Batman and Robin. Jekyll and Hyde. Bert and Ernie. Lewis and Clark. Adam and Eve. You probably know something about each of those dynamic duos. What about Priscilla (or Prisca) and Aquila? You’ve heard their names, they show up occasionally in your Bible reading, and you might even remember something about this married couple. But is there anything to learn from them for our lives? Yes, but let’s start with ten facts about Priscilla and Aquila.

Second, they experienced difficult circumstances together. The reason they left Rome to come to Corinth was “because Claudius had commanded all the Jews to leave Rome” (18:2). It’s impossible to know if they were already believers when they were forced out of Rome, of if they became Christians through their relationship with Paul. Either way, life was sometimes hard for this couple.

Third, they worked together. “They were tentmakers by trade” (18:3). I’ve heard some people say this should never happen, which is probably true for certain marriages. However, it apparently works out well for some.

Fourth, they became life-long friends and ministry partners of Paul. When Paul came to Corinth, he met Priscilla and Aquila and joined them in their tentmaking business (18:3). Perhaps 15 or 16 years later, when Paul is near death and writing his final letter to Timothy in Ephesus, he urges Timothy, “Greet Prisca and Aquila” (2 Tim 4:19).

Fifth, they traveled with Paul. Once Paul’s ministry was complete the first time he went to Corinth, he “set sail for Syria, and with him Priscilla and Aquila… And they came to Ephesus, and he left them there” (Acts 18:19).

Sixth, they taught Apollos “the way of God more accurately” (18:26). After Paul left them in Ephesus, they heard Apollos speaking in the synagogue, but his knowledge of the truth was deficient. Priscilla and Aquila took him aside in a private setting and shared vital insights. Apollos received their words, traveled to Achaia, and flourished in ministry there.

Seventh, they learned the Scriptures together. This is not explicitly revealed, but it is assumed that the year and a half they had with Paul in Corinth must have been full of learning—especially since he lived with them! Furthermore, their ministry to Apollos reveals their devotion to God’s word.

Eighth, they “risked their necks” for Paul (Rom 16:3-4). In other words, they put themselves in a situation where they could have died for Paul. We don’t know when this occurred (perhaps during the riot in Ephesus—Acts 19:23-41?), but Paul was extremely thankful.

Ninth, they used their homes for church meetings. A church met in their house in Ephesus (1st Cor 16:19, Paul’s greeting from Ephesus), and a church also met in their home in Rome once they came back (Rom 16:5).

Tenth, they may have had children. Children are not mentioned, so why even mention this? If they did have kids, it appears their lives were not centered on their children, but Christ. If they didn’t have kids, it may have been sad for them, but they still maximized their days for the Lord.

A Challenge to Married Couples

Talk with your spouse about Priscilla and Aquila’s remarkable marriage, and then pray together. Ask the Lord to give you the kind of commitment to one another that is seen in their marriage. And pray to God for His Spirit to empower you to spend your remaining days as a faithful husband and wife team, committed to the advance of God’s kingdom no matter the cost.

A Challenge to Believers

Jesus said, “Whoever wants to save his life will lose it, but whoever loses his life for my sake and the gospel will save it” (Mk 8:35). But what does it look like to lose your life for Christ? Does it always mean taking the gospel to a dangerous land and literally dying there? Priscilla and Aquila flesh this idea out and call us to similar discipleship. Losing your life for Jesus involves …