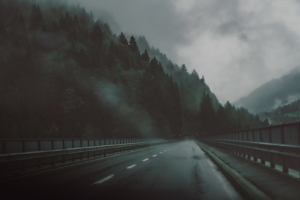 The second church in Revelation chapter 2, the church at Smyrna, received sobering news from John: they were soon to suffer severe persecution. Some would be imprisoned for their faith, and some would be put to death (Rev. 2:8-11).

The message to this church, conveyed through John’s letter, began with the identification of who the message came from: “the first and the last, who died and came to life.” Though death loomed in their future, Jesus began his address with a reminder of his own death and resurrection. Then, after giving them the news of their impending persecution, he gave one simple command with an amazing reward: “Be faithful unto death, and I will give you the crown of life.” Some may wonder what this “crown of life” might look like. I believe the “crown” is eternal life, not a piece of shiny headgear. If the Christians in Smyrna would keep Jesus’ command to persevere in faith until death, Jesus would reward (i.e., “crown”) them with life after death—eternal life.

Jesus concludes his message to Smyrna in a way that affirms what I’ve said above about eternal life: “The one who conquers will not be hurt by the second death.” To “conquer” (or “overcome,” as some translations read) is to continue in faith until death, to not be lured back into the sinful way of the world, to not be deterred from following Jesus even by threats of imprisonment or death. But what is “the second death”? The answer to that question is found in Revelation 21:6-8:

To the thirsty I will give from the spring of the water of life without payment. The one who conquers will have this heritage, and I will be his God and he will be my son. But as for the cowardly, the faithless, the detestable, as for murderers, the sexually immoral, sorcerers, idolaters, and all liars, their portion will be in the lake that burns with fire and sulfur, which is the second death.

With the exception of those who are alive when Jesus returns, all people will experience the first death, which is the death of the mortal body. Then, according to John 5:28-29, all who have experienced the first death will be resurrected from the dead. Those who have demonstrated through their manner of living that they are followers of Jesus will be raised from the dead to live forever with him (or, as John puts it, “to the resurrection of life”). The rest—those who have lived in a manner that demonstrates their unbelief and unfaithfulness—will be raised “to the resurrection of judgment.” This final judgment is the second death, as described in Revelation 21 (also see Rev. 20:14).

Those early Christians in Smyrna, in order to avoid condemnation and gain eternal life, had one simple but difficult task set before them: “Be faithful unto death.” Never stop believing in Jesus, and never swerve from the righteous and holy pattern of life that demonstrates that you really are one of his followers. Persevere despite the cost, even if the personal cost required of you is your freedom or your life.

The same requirement and the same promise applies to all Christians of all ages, not only those who are faced with the kinds of persecution those in Smyrna faced, but also those who live in more tolerant times and places. “Be faithful unto death, and I will give you the crown of life.” Whether your death comes due to natural causes at an old age, an accident in your youth, or at the hands of a brutal and religiously intolerant regime, as a follower of Christ you must conquer the world by standing firm in your faith until your final breath.

You see, following Jesus is not for cowards, not for people who seem just fine until the going gets tough, not for fair-weather followers. Many who have turned out to be cowards seemed brave until the real fight started. Perhaps this is why “cowards” lead off the list of those who will experience the second death in Revelation 21:8. When the going gets tough, the tough keep going.

Furthermore, we should not forget that our hardest and longest fight as Christians might be against the complacency and worldliness that subtly creeps in during extended times of religious freedom, such as we have enjoyed in the United States since the founding of this nation. That spiritual enemy is no less deadly than the one who wields a sword or a gun. Many have revealed their unbelief and unfaithfulness by simply falling asleep while crossing easy ground.

If you love Jesus, you will follow him faithfully. If you follow him to the grave, he will raise you up to glory.