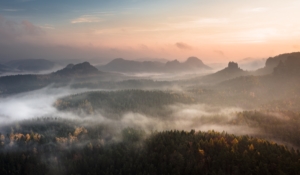 The first three chapters of Paul’s letter to the Ephesians contain only one imperative—that is, he only asks them to do one thing: remember. Other than that single instruction, mentioned in 2:11 and then repeated in 2:12, the first half of the letter is Paul’s list of historical events and theological realities in God’s redemptive plan. He lists them in chapters 1-3, then explains how they should be lived out in chapters 4-6.

If you are a Christian—I mean really, a true follower of Christ, not just someone who has grown up going to church because that’s what you’re supposed to do or what your family does—I would like you to remember these same truths and glorify God because of them:

All of these things are presently true of you despite the fact that you did not start out so well. Remember also where you began:

We know that there is an act of the human will in believing and being saved. You were not neutral or passive in God’s merciful and gracious work of saving you. Other passages in the Bible deal only with the human response requirement—believe and you will be saved (e.g., Acts 16:31; John 6:37, etc.). But when we look behind the scenes as Paul does here in Ephesians 1 and 2 (and as he and other writers do elsewhere in the Bible), we are humbled by the fact that we could not, would not, and did not save ourselves, even partially or in partnership with God. We are saved because God saved us by grace! Remember!