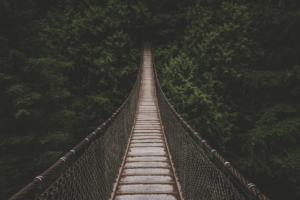 Death is one of those “common denominator” human experiences. We all will experience it. I’m aware of two historical exceptions—Enoch and Elijah, both of whom were simply taken up by God. I’m also aware that those Christ followers who are alive when he returns will avoid death, being suddenly transformed from mere mortality into glorious immortality (1 Cor. 15:51-53; cf. 1 Thess. 4:13-18). But the rest should expect that our mortal bodies will die.

I must first soberly remind you that the answers to those questions are only encouraging for those who know Jesus Christ—true followers who have trusted him as their Savior and submitted to him as Lord. The rest, no matter what religious affiliation they claim or zeal they might maintain, no matter what anti-religious stance they may have taken, immediately enter into an existence of suffering that far exceeds anything they experienced during their earthly life. For them (and according to Jesus, these are the “many,” Matt. 7:13-14), it does not end well.

But what about true believers? What happens when they die?

The common expectation of Old Testament believers (e.g., Jacob, David, Solomon, King Hezekiah, Job, the various psalmists), was that they would enter into Sheol, the abode of the dead. It is a place described by these and other believers as being “down” (Gen. 37:35), a place characterized by gates and bars (Job 17:16; Is. 38:10), a place that possessed a confining, restraining power over its occupants (Ps. 89:48), and a place void of praise, hope, thought, knowledge or wisdom (Ps. 6:5; Ecc. 9:10; Is. 38:18). Old Testament believers described Sheol as an existence to be delivered from (e.g., Ps. 86:13; 89:48), never as something to be joyfully anticipated.

Sheol is mentioned in the New Testament, though given the Greek name, “Hades.” It is mentioned by Jesus in several places (most notably, Luke 16:23, the account of the rich man and Lazarus), and by Peter in Acts 2:27 (quoting Psalm 16:10). Consistent with first-century Greek thought, it is described as a place with two regions, one of torment and suffering (i.e., the abode of the rich man in Luke 16), and the other of comfort (i.e., Abraham’s bosom, the abode of Lazarus in Luke 16).

The most notable aspect of New Testament references to Hades is the fact that following the death and resurrection of Christ, it has no association with believers at their death. There are no New Testament statements that would give reason for believers to have the same expectation following death as did the Old Testament faithful—no expectation of going down to be confined in a place of gates or bars, no expectation of an existence void of praise or thought or knowledge or wisdom.

What Jesus accomplished on the cross, by his resurrection, and perhaps even in between those two events, forever did away with the need for the souls of believers to enter into the realm of death. Jesus conquered the grave, not merely for himself in rising from the dead, but on behalf of all who love him.

For this reason, Stephen, while being stoned, could look up into heaven to see the glory of God and Jesus at his right hand. For this reason, he could cry out at the moment of his death, “Lord Jesus, receive my spirit” (Acts 7:54-59). For this reason, Paul, in his second letter to the Corinthians, could say he “would rather be away from the body [i.e., dead physically] and at home with the Lord” (5:8). For this reason, Paul could write to the Philippians, saying “For me to live is Christ, and to die is gain.” “My desire is to depart and be with Christ, for that is far better” (Phil. 1:21, 23).

For this reason, you, as a follower of Jesus Christ, can live your life without apprehension of what awaits you beyond that moment when your soul departs your mortal body. From that moment forward, your everlasting experience will be joy in the glorious presence of King Jesus!