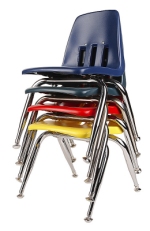 Those with speaking gifts in the church appreciate your compliments, but they also need your service.

Not Much of a Preacher, But…

Ting Li Mei was such a powerful preacher that he became known as “China’s Moody.” He became interested in the missions work of James Fraser among the Lisu people in Western China, so he traveled with Fraser for several months. Mei became a dear brother to him, but Fraser also expressed deep appreciation for Ting’s assistant named Pih:

Pih is simply splendid… (He’s) not much of a preacher, but a quiet, unassuming man of moderate education, willing to do just anything. Always there, when there is any drudgery or hard work to be tackled, he seems to find a way out of every difficulty, making things easier for everybody. You don’t notice him much, but, like the boy’s definition of salt as ‘the thing that makes the porridge taste nasty when there isn’t any,’ he is the kind of man who makes things difficult for you, when you haven’t got him![1]

Pih’s willingness to do the “grunt” work of ministry was a tremendous boost to those around him who were preachers of the gospel. He apparently didn’t have a speaking gift (see First Peter 4:10-11), but he served in such a way that those with speaking gifts could flourish.

Paul arrived in the town of Lystra early in his second missionary journey. While there, he met a young man named Timothy who was “well spoken of by the brothers at Lystra and Iconium” (Acts 16:2). Timothy joined Paul’s mission, but he stayed outside of the limelight for a time. Even when they were in Philippi, it was only Paul and Silas who were imprisoned (vv. 19, 25). Then, in Thessalonica, the gospel was preached, so that “some of them were persuaded and joined Paul and Silas” (Acts 17:4). Where was Timothy? He was there, but he wasn’t one of the leading figures in this missions work. He does eventually take a leading role. Initially, however, he was a faithful servant of Paul, and the gospel advanced because of it.

I Will Miss You.

Conrad Mbewe, whom World magazine once called the African Spurgeon, was on a ministry trip in Romania when he posted the following on his Facebook account:

The second conference in Romania ended yesterday. Today, we are on a long drive from Brasov to Resita, where the third and final conference will be held. One difference between the last two conferences and the next one is that one person will no longer be with us—Kyle McCartan. He is an Irishman who is now planting a church in Finland and has recently been “adopted” by HeartCry Missionary Society.

Kyle is a servant at heart. Although we were both visiting Romania, he made it his business to take care of ALL my needs. He took all the photos I posted here in which I appeared. He made my tea and coffee. He ensured I was warm in the below-zero temperatures here. He offered to iron my clothes. He made sure I ate my food. I mean, what did Kyle not do for me?

Kyle, go well, my friend. I will miss you.

“Beloved, it is a faithful thing you do in all your efforts for these brothers, strangers as they are, who testified to your love before the church. You will do well to send them on their journey in a manner worthy of God. For they have gone out for the sake of the name, accepting nothing from the Gentiles. Therefore we ought to support people like these, that we may be fellow workers for the truth.”

Whether it’s hosting a missionary in your home, or setting up the chairs for your Sunday school teacher, there’s definitely something you can do soon to serve those who teach God’s word. Then, they will prosper, the truth will go forward, God will be glorified, and you will have done something eternally significant.