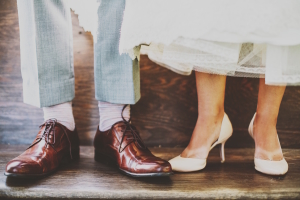 “On one occasion, [Michael] Faraday lectured to a distinguished panel of scientists. The Prince of Wales (after Edward VII) was present. For an hour Faraday held his audience spellbound as he demonstrated the nature and properties of the magnet. His lecture closed with a demonstration that brought the house down. The Prince of Wales rose to propose a moment of congratulation. The resolution was seconded and carried amid another thunderous burst of applause. The assembly waited for Faraday’s reply, but he had vanished. He had slipped away to his little church for the weekly prayer meeting. Michael Faraday had slipped away from the presence of an earthly prince to seek audience with the King of kings.” (John Phillips, Exploring Proverbs, vol. 1)

Faithfulness like this is commendable. Unfortunately, it is just as unusual.

Once I attended a church in a southern state. The pastor was obviously disturbed that morning in this large, traditional congregation. With candor, he informed the church of some disturbing statistics concerning the Bible teachers of their church. Unless my memory fails me, he noted that these leaders on average missed a full quarter of the meetings of the classes they taught! That’s 25%!

The writer of Hebrews promoted a different concept. Here is what he said:

“And let us consider one another in order to stir up love and good works, not forsaking the assembling of ourselves together as is the manner of some, but exhorting one another, and so much the more as you see the Day approaching.” (Hebrews 10:24-25)

Note the words, “one another.” That’s at the heart of it. This stirring up and exhorting one another cannot be done while alone in your home. The New Testament is replete with “one another” commands that can only find their fullest meaning in the context of the gathered local church. God never intended, nor does He appreciate, isolation from brothers and sisters in Christ.

Paul has a favorite metaphor for the church. He calls it “the Body of Christ.” Why? He means that we all have important parts to play in each other’s lives. One person is like the arm, another like the foot, another like the mouth, and another like the hand. We cannot function as a body in isolation; we must be together for Body life to work out (1 Cor. 12-14).

The faithfulness of some believers is almost legendary. A man in one church had work-related travel that would take him hours away from his home. But even if he had to drive back home through most of the night, you would always find him in the gatherings of the church, faithfully taking his place serving others. He sacrificed to do what was most important, and God honored him and used him. You could depend on him. His children grew up to serve God just as faithfully. Parents who will let just anything keep them from coming to church meetings, including sports or recreational activities, are preaching louder with their actions than with their words.

I know that faithfulness to the Body is out of vogue. But not with God.

On many occasions, God has done totally unexpected and unplanned things in the meetings of believers. Regretfully, in reflecting on those special moments in the life of the church, I’ve often had to say, “But the very person who would have most benefited from this was not here!”

The dog of Angelo del Plato watched intently as his master was lowered into the grave. Eight years later, friends of the family acknowledged that they could not remember a day when that loving dog did not visit his master’s gravesite, usually sitting a while on the turf over his master’s body.

Will you commend in a dog what you will not offer to God as a believer who has been bought by the death of Christ?

Being faithful is not all that the Christian life is about, but it is not insignificant to God or others either. At a minimum, unfaithfulness indicates a temporary competing affection for the world. At worst, it represents a lost condition.

“Do not forsake the assembling of yourselves together as is the habit of some!”