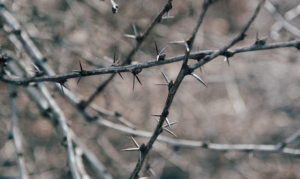 When you tell a lie, it is usually to hide something about yourself. Perhaps you did something immoral or unethical and were too ashamed to confess it when questioned. Maybe you just made a mistake, or failed to fulfill a responsibility, but were too proud or too afraid to admit it. Whatever the reason for your lie, and whoever you may have fooled by concealing or misrepresenting the facts, your deception was not without consequence. Lies are among the most serious sins a person can commit.

Consider three reasons why lying is a dangerous and potentially destructive response to personal failure:

Lying and liars are hated by God and will be punished. Proverbs 6:16 says “There are six things that the Lord hates, seven that are an abomination to him:” In the following list, two of the seven items are “a lying tongue,” and “a false witness who breathes out lies.” “Lying lips are an abomination to the Lord” (Prov. 12:22). “A false witness will not go unpunished, and he who breathes out lies will not escape” (Prov. 19:5, cf. 19:9). Even in the very end of the Bible the liar is explicitly assured of eternal punishment. “But as for the cowardly, the faithless, the detestable, as for murders, the sexually immoral, sorcerers, idolaters, and all liars, their portion will be in the lake that burns with fire and sulfur, which is the second death” (Rev. 21:8). Anyone who does not consider lying to be a serious sin need only read this verse to see what kinds of company liars will keep in hell. Whoever you may have fooled with your lie, you did not deceive God.

Lying breaks trust and ruins relationships. When you lie, you damage your relationship with the person you lied to. Even if the person is unaware, you now know there is something broken between the two of you. If your lying becomes a pattern, it will eventually be detected, and that will put that person or group in the unfortunate position of not being able to trust you. Everything you say will now need to be checked and double-checked for accuracy. This is not because they are being harsh or unforgiving, but rather because they now need something more than just your word to assure them of what is true. Your reputation has been damaged, if not destroyed.

Perhaps over time trust can be rebuilt through repentance and a new pattern of verifiable honesty, but this process can be painful and often never fully restores trust or the relationships that depend on it. Think of this in the context of a parent-child relationship, or a marriage, or an employer-employee relationship. Many employers will be patient to a fault when an employee is slow to learn, mistake-prone, or demonstrates other practical faults and weaknesses. But most employers have zero tolerance for lying.

Lying hardens your heart and makes you more prone to sinning in other ways. Once you learn that you can conceal your sin from others by lying, you remove a critical moral safety measure in your conscience. When you are tempted to sin, your conscience assists you in resisting that temptation, in part by reminding you that you would not want others to know about it. If you are an honest person, you are more likely to resist the temptation. You don’t do it because you wouldn’t want anyone else to know you did it, and you wouldn’t lie about it if asked. But once you cross the threshold into lying to cover for your sins, you render yourself much more vulnerable to any and every kind of temptation. As long as no one actually sees you sinning, and if there is no evidence left behind to expose your sin, your lie will prevent the exposure of your act and thus make it “safe” for you to repeat it. Lying to “get away with it” can even lure you into expanding your exploration into other sinful areas. Of course, when you begin to think this way you forget that God knows and sees everything you think, say, and do. What you imagined was a “safe” act of sin, covered by your lie, was really just one more drop of the kind of cement that hardens your heart, “storing up wrath for yourself on the day of wrath when God’s righteous judgment will be revealed (Rom. 2:5).

Jesus knew what he was talking about when he called the devil “a liar and the father of lies” (John 8:44). The wickedness of lying is complex and sobering, not only because it is a sinful act in itself, but also because it is so useful to our adversary in promoting and energizing a generally sinful life. But if you find yourself caught in this web of deceit, there is hope for you as there is for any other sinner. Jesus did “not come to call the righteous but sinners to repentance” (Luke 5:32). So then, repent! Tell the truth, not only to God, but to those to whom you have lied. You will never in this life be completely free from failure, but one thing you can be free from is your pattern of lying about your failures.