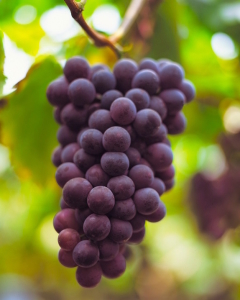 In considering that list . . . “love, joy, peace, patience, kindness, goodness, faithfulness, gentleness, self control” . . . the list Paul employ’s to describe “the fruit of the Spirit” in Galatians 5:22-23, I’ve often wondered if he ordered the items on purpose.

Love is listed first, which comes as no surprise, given all the attention it receives in the New Testament. It would be easy to speculate that the other eight items are, in a way, love-lived-out—eight qualities and characteristics that flow out of love.

On the other hand, perhaps (given the proneness of human nature to act contrary to the first eight items—love included) Paul listed self control last because it is necessary as the means of actually practicing the first eight . . . as if to say, “and by the way, without self-control, you won’t succeed in manifesting love, joy, peace (etc.). Maybe in this case, in Paul’s thinking, self-control is the tail that wags the dog.

Perhaps it’s both . . . or neither. Truth is, we don’t know for sure because Paul doesn’t tell us for sure. We just know that they are all listed, that love takes the preeminent place in the list, and self-control brings up the rear. But as I intended to convey through my introductory list, self-control can never rightly be listed as a minor concern. If one does not possess it, in growing measure, one is not in possession of the Spirit who gives it. In other words, it’s kind of important.

According to Paul elsewhere, Christians are not people who permit their fleshly inclinations to rule over them like a master rules over a slave. In Romans 6 he makes this encouraging truth plain: Believers have been set free from sin (vv. 12-22). They control themselves, rather than being themselves controlled by their former master.

This is the theology behind the reality and necessity of self-control. Although Paul’s theology nowhere implies sinless perfection as the necessary standard for measuring self-control, it also contains no category for a real Christian who has no self-control—for one who simply cannot resist temptation, or one for whom it is impossible to make spiritual course corrections through repentance, confession (to other believers and to God), submission to counsel and accountability through the local church, and so forth. The “Christian” who rests in his profession of faith, yet who continues unabated in the patterns of sin that characterized his life as an unbeliever, is not one in reality.

Where the Spirit and the fruit of His presence are conspicuously absent, so are Christ and His saving grace.

Self-control regulates your habits and orders your thoughts. It maintains your godly priorities and resists worldly infatuations. It enables you to live by principle rather than by whim. It orders your life in such a way as to even increase its own influence in your life. Self-control keeps you fruitful in all the other eight ways, and thus it keeps you in the faith.