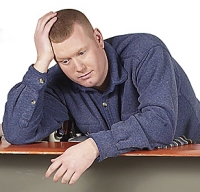 Do you ever feel surrounded, outnumbered, overwhelmed by the ungodliness of our culture? Do you ever find yourself complaining about how difficult it is to consistently pursue holiness in the midst of such corruption? If you were completely honest with yourself, would you admit that you have even subconsciously used the moral darkness of the culture you live in as an excuse for sloppiness in your own life? After all (you may have reasoned), God doesn’t expect Christians to remain completely unaffected by all the evil around them, does He?

Consider Noah and Lot. In 2 Peter 2, with the entire Old Testament cast of characters to choose from, Peter depicts these two men as examples of the Lord’s ability to “rescue the godly from temptation” (v. 9).

So why Noah and Lot? Think about it: Were there ever two men who were more completely surrounded by ungodly lifestyles or more outnumbered by evil people? Hardly!

Noah was a righteous man, and his wife was presumably a godly companion. His three sons and daughters-in-law were also probably on his side. But that was all. In all the earth there was no other human endorsement of Noah’s godly lifestyle. None. Zero. The Bible tells us that in Noah’s day “the wickedness of man was great on the earth . . . . The earth was corrupt in the sight of God, and the earth was filled with violence . . . . all flesh had corrupted their way upon the earth” (Gen. 6:5, 11). The moral depravity was so universal that God wiped out all but these eight souls by the flood. No one else was spared, because no one else was righteous.

Lot lived in the city of Sodom, next to Gomorrah. The Lord himself made a point of examining these two cities through a visit by two angels because, as He put it, “The outcry of Sodom and Gomorrah is indeed great, and their sin is exceedingly grave” (Gen. 18:20). When Abraham learned of the Lord’s plan to destroy these two wicked cities, he persisted in asking if the cities would be spared by fifty righteous inhabitants—or forty-five, or forty, or thirty, or twenty, or even just ten. The Lord, being great in mercy, said “I will not destroy it on account of the ten” (Gen. 18:32). But not even ten were found. In fact, only Lot, his wife, and their two daughters were delivered from the fiery destruction. Even then, Lot’s wife and daughters demonstrated their ungodliness once outside the cities. So Lot was the only godly person among this entire two-city population. And as Peter informs us, “By what [Lot] saw and heard that righteous man, while living among them, felt his righteous soul tormented day after day by their their lawless deeds” (2 Pet. 2:8).

You and I feel that way too . . . often . . . day after day. We see, and are grieved by, the evil that surrounds us in increasingly obvious ways. We are tempted to once again indulge “the desires of the flesh and of the mind” as we did when we were children of wrath, even as the rest” (Eph. 2:3). And yet, despite this pressure, we do not have it as bad as Lot or Noah. We have far more earthly support for our unique calling as Christians to “keep [ourselves] unstained by the world” (James 1:27), “to deny ungodliness and worldly desires and to live sensibly, righteously and godly in the present age” (Titus 2:12), “to be blameless and innocent, children of God above reproach in the midst of a crooked and perverse generation” (Phil. 2:15).

Think of how many Christian friends you have—men or women who encourage you day after day to keep the faith and pursue holiness. Consider your godly spouse, or children, or parents. Consider the influence of the other members of your local church (assuming it is one where ungodliness is rejected and the biblical standard for Christian behavior is expected and encouraged). These are people who affirm your choice to live for Christ, who encourage you to persevere in that choice, and who would be grieved to learn that you were going the way of the world. Noah and Lot had no such support.

Consider also the rich treasure of the Scriptures, to which you have full access, and the other encouraging and instructive Christian books that are available for you to read. Even think of the Internet—a place where ungodliness is rampant, but where encouraging truth also has a strong voice (You may even be reading this article online.).

Ultimately, God is the producer of righteousness. Noah and Lot were rescued from temptation by the same God who will rescue us day after day. And that is Peter’s whole point: If God was able to rescue those two men, without all of the surrounding benefits He has provided for you, then there is no reason at all for you to despair.

No temptation has overtaken you but such as is common to man; and God is faithful, who will not allow you to be tempted beyond what you are able, but with the temptation will provide the way of escape also, so that you will be able to endure it. (1 Cor. 10:13)