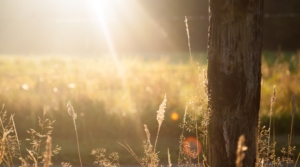 Have you ever felt the lure of your old life before Christ? Maybe you ran into some friends who knew you before you became a Christian and their talk of having fun enticed you, or someone you dated before seems interested in reconnecting with you.

Paul expected that some of the Ephesian were being tempted to live the way they did before they were saved. He had a specific concern for those who came out of Gentile culture:

“Now I say this and testify in the Lord, that you must no longer walk as the Gentiles do, in the futility of their minds. They are darkened in their understanding, alienated from the life of God because of the ignorance that is in them, due to their hardness of heart. They have become callous and have given themselves up to sensuality, greedy to practice every kind of impurity,” (Eph 4:17-19).

He then interjects, “But that is not the way you learned Christ!—assuming that you have heard about him and were taught in him, as the truth is in Jesus,” (Eph 4:20-21.) These words would have cut to the heart of believers who had been coddling their old lifestyles.

Applying the truth of a new humanity

Paul wasn’t afraid to straighten people out with some new commands when necessary, but here he reminds them of what they had been taught already. They didn’t need a new strategy to “not walk as the Gentiles.” They needed to hear again the truth of Jesus.

However, what follows in verses 22-24 isn’t an exposition of the crucifixion or of a personal salvation experience per se, but an explanation of the new humanity (Gk. “man”). Paul understands that this new community was birthed though the cross-work of Christ and is made up of saved individuals, but his message is wider than that. He is focused, not on how people enter the body of Christ, but what these believers have entered and who they are in Christ.

In order to move them away from the temptations of their old sensual lifestyles, he reminds them of the new community to which they now belong.

The way you learned Christ

The Ephesians, and we along with them, were taught to put off the old deceitful and corrupt humanity, to be continually renewed inwardly, and to put on the new true and righteous humanity (Eph 4:22-24).

Paul describes the Gentiles as “greedy to practice every kind of impurity.” In the way that some want power or wealth, these people wanted more smut, more dirty talk, more pollution of mind—they wanted to experience every kind of corruption. And now, by the grace of God, they had been incorporated into Jesus as part of his Body, created in “true righteousness and holiness,” (Eph 4:24). What a change!

These Gentile-born Christians were now part of a different group of people, along with their Jew-born brothers and sisters who had also believed in Christ. They were part of a new humanity with a new culture of holiness. They had learned that being in Christ meant that they were no longer associated with their former lifestyle. They had put it off, left it behind and walked the other way.

Like them, we must come to grips with this: the promises of acceptance and pleasure associated with our old life, community, and conception of reality are all fraudulent. They say, “You haven’t really changed, have you? Remember how much fun we used to have? Why are you hanging around those people now? You’re not like them! They don’t know you. Come back and indulge with us.”

Have you been thinking of how good it might feel to go back to how things were? Are you tempted to believe that, although you’ve been saved inwardly, you can continue to live like those still dead inside? Here is a reminder: coming to Jesus does not leave you spiritually alive in the same community of falsehood—you have new people now. A new community. You are not who you were and therefore, you don’t belong where you used to. You are different, so walk that way.