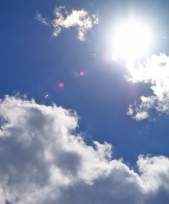 “Yep, I’m pan-millennial—I believe it will all pan out in the end!”

I’ve occasionally heard this humorous remark made when the end times are discussed. Technically, if we believe in the biblical gospel, we should be panmillennialists. The risen and ascended Christ will return and everything will “pan out” for believers who will ultimately enjoy “new heavens and a new earth in which righteousness dwells” (2 Peter 3:13).

But the person who tells the “panmillennial” joke, and really means it, isn’t interested in details about the end times. He realizes that eschatology (the study of last things) is loaded with difficulties, and says, “I’m not going to think much about end times doctrine anymore. Jesus is going to make everything right when He comes again, and that’s good enough for me.” This man hasn’t just given up on figuring out what “a thousand years” (millennium) means in Revelation 20, but has decided that thinking about the end times beyond generalities is just too hard and ultimately fruitless.

There’s a major problem with the panmillennial mindset. The Bible does speak about the particulars of the end times, so to ignore those verses is to disregard what the Holy Spirit made sure was included. Furthermore, when we skip over those passages, we lose more than just knowledge. God has spoken in understandable ways about the end times to give us hope and joy.

The Thessalonian believers enthusiastically awaited the return of Christ (1 Thess 1:9-10). But after Paul was forced out of town by persecution, some believers died, sending the remaining Christians into a state of hopeless grief (4:13). They didn’t just miss the deceased believers, but apparently thought the dead believers would miss out on some blessing at Christ’s return.

In the first frame of a Peanuts comic strip, Lucy is looking out the window and says, “Boy, look at it rain… What if it floods the whole world?” Linus responds, “It will never do that…In the ninth chapter of Genesis, God promised Noah that it would never happen again, and the sign of the promise is the rainbow.” Lucy replies, “You’ve taken a great load off my mind…” So Linus concludes, “Sound theology has a way of doing that!”

Paul wrote the Thessalonians about the return of Christ and the resurrection of the dead in order to give them sound theology so that they could take a great load off of their minds. They needed to know that their beloved sleeping believers (4:13) wouldn’t miss anything when Jesus came back. Instead, they would have front-row seats! With that kind of information, their grief would undergo a dramatic transformation.

Paul refused to ignore the details about the return of Christ in addressing the Thessalonians because he understood how relevant and encouraging that information really was. He even charged them to “encourage one another with these words” (4:18). What words? The specific words about the believers who had died and their participation in the events surrounding Christ’s return.

Blessed is the one…

Revelation is full of end times information, yet it is one of the most neglected books of the Bible due to interpretive difficulties. However, in his opening comments John promises, “Blessed is the one who reads aloud the words of this prophecy, and blessed are those who hear, and who keep what is written in it, for the time is near” (1:3). We should humbly admit it when we are confused about certain aspects of Christ’s return. Yet not everything that God has said about the end times is puzzling. Read those verses carefully and thoughtfully, and blessing is sure to follow.