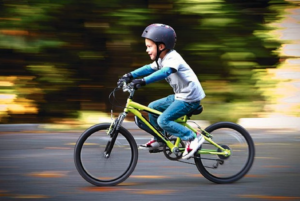 “It is only when caught in the swift, sudden turn of death, that mortals realize the silent, subtle, ever-present perils of life” (Herman Melville, Moby Dick).

It was a beautiful set up. At least it looked beautiful to the two little boys who had made the bike ramp that evening in the autumn of 1972. Sure it was a little rickety, and maybe the length to height ratio was somewhat steep, but hey! If it had been completely safe it wouldn’t have been so much fun. My friend Junior had a two-toned, (bare metal and rust), banana bike that was stuck in fifth gear. We had a ramp. We had Reservoir Hill. We had a willing rider, (that would be me). We had no sense. It was a beautiful set up.

I pedaled and pushed Junior’s bike up to the old tunnel where I would have a straight shot down the hill, across Coryville Road, and into the church driveway. That’s where we had the ramp erected right in front of our house. If the wind was favorable, and I never got run over crossing Coryville Road, (it’s happened), I could be almost breaking the sound barrier by the time I got to the ramp.

The moment arrived. The wind was right. I made it across Coryville Road. My feet were a blur on the pedals. I hit the ramp. I was airborne. Really airborne. The air was getting thin. And then disaster struck. I don’t know exactly what happened. I may have hit a Canada goose, or maybe it was atmospheric turbulence, but somehow, at the peak of my ascent, the conglomeration of bicycle and boy got turned upside down. Mayday. The fall wasn’t so bad, it was that sudden stop at the end that nearly killed me. It is a wonder that it didn’t kill me. I crashed right on my beady little head, and I landed so hard that I left big clumps of hair on the blacktop.

I was not a wimpy little boy. I have always been able to take a lot of pain. But when I landed on my head, incredible electric pain shot down to my toes and back to my head two or three times. If you’ve ever been hit like that, you know what I’m talking about. I thought I had killed myself. I really did. So while I was lying there on the asphalt, crumpled, bruised and bleeding, not to mention prematurely bald, I moaned, “Junior, I’m dying. Go get Dad.”

But Junior could not go get Dad, because Junior was on the ground with me. Junior was not injured, nor was he by my side in sympathetic concern. Junior was laughing so hard that he couldn’t get up. Ah, just the sort of companion one has always hoped would be near to comfort one in his hour of death. Christian had Hopeful; I had Junior. My last sight of earth would be Junior rolling around on the ground in a spasm of uncontrolled laughter because I had killed myself. What a pal.

I easily could have died that day. And I might tell about a dozen more stories of how I survived close encounters with death. But in truth, if we could only see it, each of us might tell not a dozen, but thousands of such stories, because we are constantly surrounded with the “silent, subtle, ever-present perils of life.” It is only when we have a brush with the “swift, sudden turn of death,” that we realize how tenuous our hold on this life really is.

The only way to really live life fully and joyfully, is to constantly live with the reality of death. I am going to die. My loved ones are going to die. I may die today. They may die today. The conditions are right. Even now we are surrounded with those “silent, subtle, ever-present perils of life.” My life is a vapor, a shadow, a handbreadth. I don’t know when I will die, so I must always live in readiness for death. I must not procrastinate what needs to be done today, because I may not be alive tomorrow. I must live in prospect of eternity because that is where I will be spending, well, eternity.

Come now, you who say, “Today or tomorrow we will go to such and such a city, spend a year there, buy and sell, and make a profit”; whereas you do not even know what will happen tomorrow. For what is your life? It is even a vapor that appears for a little time and then vanishes away. Instead you ought to say, “If the Lord wills, we shall live and do this or that.” But now you boast in your arrogance. All such boasting is evil. Therefore, to him who knows to do good and does not do it, to him it is sin (James 4:13-17).