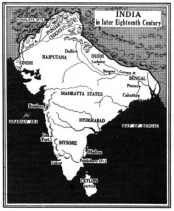 You’d never have guessed David Thrower would be a career missionary. He had always been rather nondescript. He was a believer, but didn’t have an exciting conversion story. In fact, he wasn’t sure exactly when he came to faith. He was born into a believing household in England in 1900. He attended church with his family each week and gradually realized that he loved God and trusted Christ.  He was baptized and joined the Baptist church when he was 16.

David went to war at 18. Well, actually, he was drafted in WW1 and served in an Army office in England until it was over. On returning home he found work in an office and learned to take shorthand. As soon as he perfected that skill, he looked for and found a job in an office that had a typewriter—a rare new office machine he was eager to master. He studied bookkeeping and taught shorthand in his spare time. He was a clerk, and a good one. His life seemed to be on a steady, dependable course.

But when Thrower read an appeal in a Baptist newspaper, everything changed.

A missionary named Booth was on leave from India and was looking for an assistant to return with him to the field. David wanted to fill this position. In fact, his desire to do so grew until it was overwhelming. He presented himself to the mission board as a candidate, and they turned him down. He spent a year studying every book on missions he could find, and preached a few times (but not very well). His desire to go to India did not ebb. When he returned to the mission board, he explained to them that, although it would be easier for him to go under their blessing, he would go to India no matter what their decision.

David Thrower left England in 1922 backed by the Strict Baptist Mission board and spent the next sixty years of his life serving the people of India.

Perhaps because he viewed himself as unremarkable, David approached missionary work with more humility than many of his contemporaries. While they set up churches and ran them autocratically, David mentored leaders and expected the churches he planted to become self-governing, under biblical guidelines. He knew he was not a gifted preacher, so he trained native pastors to do the preaching in their churches. When David was transferred from region to region, the works went on unhindered because they did not depend solely on him for leadership.

Along with teaching the Bible, David was able to teach office skills to the people he served to help them get jobs to support their families and the church. David taught his people how to manage this new income wisely, slowly mentoring one family at a time and establishing them as leaders to mentor others in the church. In the same way, his wife helped women to become proficient in sewing and housekeeping.

David’s life work was a concordance for the Tamil Bible. He began the work in 1923 and ploddingly, verse by verse, year after year, page after page he complied the work. It was finally published in 1960. David wrote other simple booklets, Bible stories for children and Gospel tracts in Tamil for use by churches and missionaries.

David Thrower was not a great theological thinker or a brilliant speaker. He didn’t lead a great revival or relieve all the poverty around him. He never wrote a bestseller or appeared on television. But when we look back over the sum of his life’s work, it’s staggering. He planted many churches still under native rule. He trained leaders. He taught skills to relieve poverty in many families. He compiled a concordance still in use today. He demonstrated a life of faith in Christ and obedience to God.

Like many of us, David Thrower plodded along unremarkably. But God used his life in a way that affected India for eternity.

Information for this article came from the book No Looking Back: The Story of a Missionary to India by David Thrower.