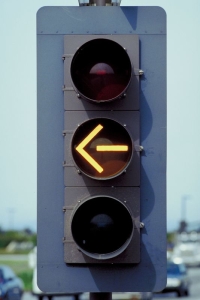 You may wish to know what is next in this world. Let me tell you what is about to come with certainty: Men and women “will go from bad to worse, deceiving and being deceived.”

Though that statement was made by a man named Paul who was a prophet, it did not take his prophetic gift to arrive at the concept. It’s a set principle that sin is gaining more and more of our world as the years go on. Paul understood the direction of mankind from his knowledge of the sin of Adam and the murder of Cain and the wickedness of the pre-flood world. He knew of the lawlessness of Israel in the wilderness, as well as in the period of the judges and of the kings. All these show the progressive nature of sin in society. It corrupts rapidly and persistently. Paul also knew that the onward march of sin even led to Christ’s persecution and death, the innocent Savior of the world.

In Romans 1 Paul wrote of the downward spiral of nations, charting their fall from the Creator’s original intent to the present wickedness and perversion.

So what will happen in our world? Here it is:

We will experience more racial anger and turmoil in its streets. The sexually perverted will demand more rights. More babies will be killed in the womb of mothers for convenience. Politicians will deceive us and turn from their constituents’ wishes to foolishness, judges will legislate from the bench turning the will of the people into a farce, more rights will be lost to a power-hungry government, divorces will increase, terrorists will kill innocent victims at home and abroad, more Christians will be martyred and some by beheading, young people will become more addicted to electronic pleasure and less obedient to parents, and the number of the over indulgent and obese will increase. Thousands will starve or die of thirst though we could prevent such calamity. Some significant ministry leaders will fall and some notable churches will break apart, the “progressive” wing of Christianity will stand strong in the vanguard for evil in the name of justice, and godly people will be more and more ostracized for what used to be common Christian behavior.

Why? It doesn’t take a prophet to know. I will repeat it for emphasis: “Evil men and imposters will proceed from bad to worse, deceiving and being deceived” (2 Tim 3:13).

That’s right, there is an “unless.” God could break through into our world in an unprecedented way to restore His church and make our message of forgiveness and freedom from sin have effects that have never been seen to this day.

When Jonathan Edwards wrote of God’s visitation in Northampton, Massachusetts in the early 1700s, he called it “A Surprising Account.” If it comes it will surely be just as surprising as when a quarter of the New England population was brought to Christ.

The Protestant Reformation was a surprise to Europe. In a short time, nations were in upheaval as the Medieval Catholic church was discredited and the centrality of the Bible and salvation by grace and faith were restored. We still feel the results of that period in history.

Wales was in a moral stupor until God came in the early 1900s. It was a sweeping move of God, bringing in tens of thousands of new believers and completely changing the moral climate.

Whether or not God visits us again is His business ultimately, though we may pray and long for it. But if God goes on doing His work in the hearts of men as per usual, we will still expect heaven’s population increased and the fellowship between true believers continuing, in spite of the downward slide of nations. As God reminded Elijah, there is a remnant who hasn’t bent its knees to Baal.

We will leave the answer to the above question to God. But be sure that sin will persist and the demonic forces will not go on vacation this next year even if a visitation from God occurs. How pleasant it would be to experience a breakthrough from God we long for. But if a surprising visitation does not occur, stand firm. The purposes of God are not thwarted and God reigns in the affairs of men for his ultimate good. We must be ready for more of the same. Are you ready for additional encroachment of evil in our nation and world?

Stay strong in these difficult days and realize that regardless of what goes on outside of you, you and your family can seek God’s help and enjoy God’s love. The true churches can thrive and know something of the fellowship of suffering that has a sweetness all its own . . . whatever may come this next season of our lives.