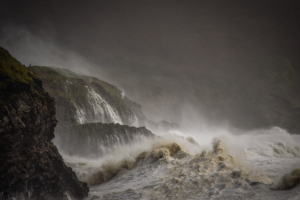 Satan hates the progress of the gospel.

This was quickly evident once Paul and Barnabas went out from the church in Antioch on the first local church effort to reach the nations with the gospel (Acts 13-14). Early on that journey they were in Paphos on the island of Cyprus and met the highest ranking Roman official on the island — “Sergius Paulus,” who was “the proconsul” (governor; v. 7). He “summoned Barnabas and Saul and sought to hear the word of God” (13:7).

However, standing next to Sergius Paulus was “a certain magician, a Jewish false prophet named Bar-Jesus” (v. 6), also called “Elymas the magician (for that is the meaning of his name)” (v. 8a). He was probably something like a sorcerer who interpreted dreams and predicted the future. He advised the proconsul with this “talent,” claiming to speak for God. His position in Sergius Paulus’ court presumably made him popular and wealthy, so he instantly sensed a potential disruption to his life of luxury when he saw the proconsul call for the missionaries to hear the gospel of grace. He had to act. Once the missionaries arrived, Elymas somehow “opposed them, seeking to turn the proconsul away from the faith” (v. 8b)

Bad decision! Luke records a stern confrontation: “But Saul, also called Paul, filled with the Holy Spirit, looked intently at him and said, ‘You son of the devil, you enemy of all righteousness, full of all deceit and villainy, will you not stop making crooked the straight paths of the Lord?’” (vv. 9-10). His name was “Bar-Jesus” — “son of salvation” — but he was doing deceptive, wicked, and Satanic (“son of the devil”) things to actually keep the salvation of the Lord from coming straight to the palace of Paulus.

Paul (Saul’s Roman name) was not finished talking to Elymas, but proceeded to predict a temporary judgment upon him, which quickly transpired.

“And now behold, the hand of the Lord is upon you, and you will be blind and unable to see the sun for a time.” Immediately mist and darkness fell upon him, and he went about seeking to lead people by the hand. (vv. 11)

Even though the narrative focuses especially on two physical beings, Elymas and Paul, behind each stood powerful spiritual beings — the devil and the Holy Spirit. Here is an obvious implication for today: as the gospel advances, it will be met by opposition that is not just in a natural realm, but a spiritual realm in which Satan and his demons operate (see Eph 6:12). Satan despises God, his purposes, his people, and his missionaries, and he works tirelessly to keep people from coming under Christ’s loving rule.

But here’s the encouraging truth for missionaries and anyone who wants to see the gospel embraced by those we minister to: Satan cannot stop the progress of the gospel because the Holy Spirit loves the advance of the gospel and makes sure that it happens. In this first missionary journey, the Holy Spirit’s role was central, first in sending the missionaries (13:2, 4),  and then in Paphos where Paul was able to speak to Elymas with boldness and prophetic certainty because he was “filled with the Holy Spirit” (v. 9). And though it does not explicitly say it, how did these two unknown missionaries ever get an audience with the ruler of the whole island? Even if there were human mechanisms involved, we must conclude this was ultimately a rescue mission of the Holy Spirit who was revealing from the start to these missionaries that they had no one to fear, not even Satan himself, as they moved out to the “end of the earth” (Acts 1:8). The gospel was unstoppable. The lost will be found. Even a prominent, seemingly unreachable Gentile ruler can be converted if that’s what God wants!

That is exactly what happened in Paphos: “Then the proconsul believed, when he saw what had occurred, for he was astonished at the teaching of the Lord” (13:12). Once he saw Elymas struck blind, Sergius Paulus believed. A Jewish man who was determined to keep the proconsul from believing ironically became the instrument through which the good news was authenticated. This led to the Gentile Sergius Paulus being amazed at the gospel, and then believing in Jesus. What an encouragement this must have been to these missionaries at the beginning of their journey. If the Holy Spirit is present, the gospel can go anywhere!

Nothing has changed for missionaries today, or for any believer who longs to see people saved. Proclaim the gospel, expect Satanic opposition, and know that Satan is no match for the Holy Spirit who will advance the gospel when he determines. Count on it!

It was true at Paphos.

It was true for Dr. William Leslie, a missionary to the Congo, who ministered there seventeen years and then was asked to leave by tribal leaders. He left thinking he had failed, and he died nine years after arriving home. Yet eighty-four years later, a ministry team went back to the remote area where Leslie ministered and made a startling discovery — a flourishing network of churches. (See “Missionary Died Thinking He was a Failure” at www.godreports.com).

It will be true in your life as well, as you faithfully proclaim Jesus. He is building his church through Spirit-empowered gospel proclamation, and the gates of hell, and the opposition of Satan, will not prevail against it.