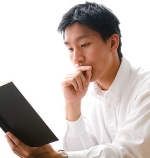 God’s true people are saved by His grace, but they are distinguished from the rest by their relationship with His moral standard of conduct as revealed in Scripture—His law. Those who are truly His people have always been known for their affectionate submission to His authority and will.

The Old Testament Israelites were “God’s people” as a nation. Through Moses, He gave them laws concerning how they were to conduct themselves in the land He was giving them. They promised to obey (Ex. 24:3; Deut. 5:27), but soon fell from that promise and began disobeying God just like everyone else around them.

Through other Old Testament prophets, God revealed His intention to eventually remedy this deplorable situation by creating a new people for Himself. He promised to do this by giving them new hearts—hearts that love Him and are inclined to obey His commands (cf. Ez. 36:26). Jeremiah describes the same promise like this:

I will put My law within them and on their heart I will write it; and I will be their God, and they shall be My people (Jer. 31:33).

Even in the midst of Israel’s nearly universal disobedience, there were examples of righteousness—people who genuinely loved God and His law. Think of Moses, Samuel, David, Elijah, the 7,000 men in Elijah’s day who refused to bow their knee to Baal, even Zacharias and Elizabeth, who are described in Luke 1:6 as “righteous in the sight of God, walking blamelessly in all the commandments and requirements of the Lord” (Luke 1:6).

Believers today have this same relationship with God’s moral standard of conduct. They love it, they learn it, and they live it as a matter of practice. However, we can no longer adequately understand God’s moral standard of conduct (i.e., His law) by looking exclusively at the Old Testament. If we are to rightly discern God’s moral will for His people, we must view all of Scripture through the interpretive lens of the New Testament and the words of Christ. So when I refer to the believer’s relationship with God’s law from this point forward, I am not referring exclusively to the Ten Commandments found in Exodus 20 and Deuteronomy 5. Instead I mean “the moral will of God in the whole Bible, as interpreted from a New Testament perspective.”

The book of Psalms is found in the Old Testament, but two of the Psalms in particular—Psalms 1 and 119—illustrate in a timeless way the true believer’s relationship with God and His law. These psalmists were undoubtedly reflecting at the time on the law of the old covenant—the law of Moses. But believers today should relate to these two psalms in light of God’s final revelation of His law in Christ and the New Testament.

Psalm 1 briefly depicts the difference between two kinds of people: the wicked who ignore and violate God’s law, and the righteous who delight in His law and therefore obey it. The much longer Psalm 119 is a glorious and inspiring expression of the way a man thinks and acts when the law of the Lord has been written on his heart. Here are a few highlights to compare with your own relationship with God and His law:

With all my heart I have sought You; do not let me wander from Your commandments. (v. 10)

The law of Your mouth is better to me than thousands of gold and silver pieces. (v. 72)

The sum of Your word is truth, and every one of Your righteous ordinances is everlasting. (v. 160)

These are one believer’s personal expressions, but they represent the pattern for every true believer’s relationship with God’s moral will for His people. Every true Christian has God’s law written on his or her heart in this way. The psalmist never claims perfection in this, and neither should we. But every real Christian can identify with this man’s profound love for God, deep dependence on His revealed truth, and earnest desire to please Him.

For the true Christian, learning and keeping God’s law is a pleasure, not a chore. Rather than being discouraged by your own shortcomings in this regard, meditate carefully and patiently on this vital passage of Scripture. Think of it as a means of fine-tuning your relationship with Jesus who bought you and now commands your obedience. I have never done this myself without being spiritually strengthened and encouraged toward greater devotion and a more joyful desire to please Him.