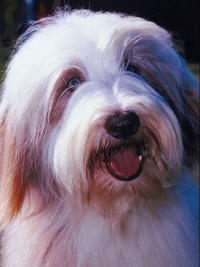 I recently learned of one man’s fascinating analysis of people. He described human society as being comprised of sheep, wolves, and sheepdogs.[1]

Ninety-eight percent, he explained, are sheep—people going about their daily business (he called it “grazing”) with no conscious intent to harm others, and without much conscious thought of the danger around them. The looming danger comes from the one percent who are wolves—predatory people, consumed by self-interest and without compassion. Wolves are ready and willing to use violence to accomplish their goals as they prey upon the sheep. The remaining one percent are sheepdogs. These people are also predatory in a sense, ready and willing to use violence if necessary. But sheepdogs are driven by a sense of justice, given to compassion for the sheep as they seek to protect them from the wolves.

You may have already figured out who the sheepdogs are. They are the soldiers, sailors, marines, and airmen who willingly face combat in the global struggle against evil. They are police officers, sheriff’s deputies, state troopers, constables, state and federal investigators, and anyone else who carries a gun and wears a badge and body armor while seeking to bring criminals to justice. Whether from a local, national, or global perspective, the sheepdog is on the side of good, ready and willing to do the dangerous and often violent work of defending against evil. While the sheep stampede away from the attacking wolf, the sheepdog walks boldly toward it.

Believe it or not, sheepdogs are mentioned in the Bible. They are “the sword” Paul mentions in Romans 13:4, the protective and justice-seeking arm of the government, which Paul describes as “a minister of God, an avenger who brings wrath on the one who practices evil.” Sheepdogs perform an important societal function, one that is ordained by God.

In this day of dash-cams, cell-phone video, and the Internet, most people have seen sheepdogs in action, taking down bad guys at home and abroad, and sometimes being seriously injured or killed in the process. They are truly heroes, facing the danger of knife attacks, bullets, high-speed pursuits, snipers, roadside bombs, and surface-to-air missiles as part of their daily duties. We rightly show them honor and appreciation, when they survive and when they do not. Theirs is a noble profession.

But it is at this very point that confusion and deception often enters into the sheepdog’s mind. Since he has faithfully and bravely carried out God’s ordained plan for society by enforcing the law and protecting the sheep from the forces of evil, will not God be pleased to include him in the assembly of the righteous? Will not God usher him into heaven as a reward for his necessary and useful service?

No, God will not. All sheepdogs do not go to heaven.

In fact, no one goes to heaven as a reward for service rendered here on earth. No one attains to God’s standard of righteousness through works, no matter how selfless, noble, or heroic. No one.

As Paul says earlier in Romans, “There is none righteous, no, not one . . . There is none who does good, there is not even one” (3:10, 12). Even the bravest, most faithful sheepdog is not exempt from this universal condemnation. This not because what he does is not good in some sense, and even necessary for maintaining a degree of justice and peace on earth. It is because God knows the corruption of his heart—the badness that may be completely invisible, or even acceptable, to other people, but is intolerable to a holy God.

The sin that dwells in even the most faithful sheepdog’s heart can only be dealt with in one way—by God’s grace through faith in Jesus Christ. He is the only person who has ever lived without sin, and He died to pay the penalty for the sins of all who would cast themselves upon Him as their only hope. He is the Savior of all who will repent and believe, and all are in need of God’s mercy, whether they are sheep, wolves, or sheepdogs.

There is no heroic deed or record of faithful service to society that can merit entrance into heaven. There is no angel or “patron saint” who can convince God to go against what He says in the Bible about salvation being by grace alone, through faith in Christ alone. As a former sheepdog myself, and therefore one who can fully appreciate the sacrifice and service of so few for the good of so many, I urge the men and women who have shared (or are still sharing) my experience to bow before the God who will one day judge the living and the dead. I implore them to cry out for His mercy so that Paul’s words may ring true for them as they now do for me:

For by grace you have been saved through faith; and that not of yourselves, it is the gift of God; not as a result of works, so that no one may boast. (Eph. 2:8-9)