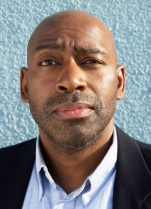 In John 2:23-25 the apostle uses an interesting play on words to describe Jesus’ response to many who claimed to believe in Him.

Now when He was in Jerusalem at the Passover, during the feast many believed in His name, observing the signs He was doing. But Jesus, on His part, was not entrusting Himself to them, for He knew all men, and because He did not need anyone to testify concerning man, for He Himself knew what was in man.

John’s word-play isn’t as obvious in English, but in the original language he uses the same root word for “believed” and “entrusting.” Many believed in Jesus, but Jesus did not believe in them.

Why did Jesus not entrust Himself to these “believers”?

John tells us that it was because Jesus “knew all men” and “knew what was in man.” He knew that despite their outward profession of faith, inwardly they remained just as unbelieving as everyone else.

Here’s the main lesson: Many who believe in Jesus will not be saved, because He does not believe in them.

This is not a contradiction of passages like John 3:16 and Acts 16:31—passages where we are assured that everyone who believes will be saved. It simply tells us that when the word “believe” is used in the New Testament, it is not always describing genuine saving faith. Understood on a deeper level we find that saving faith has these characteristics:

Saving faith comes from the right source—a heart that has been regenerated or made alive. This is what Jesus described to Nicodemus in the next passage, John 3:1-10. Nicodemus was a “believer” of the unsaved sort, yet he did not understand his own need for a new nature. The miracles had convinced Him that Jesus had “come from God as a teacher” (v. 2), but he failed to understand that “unless one is born again, he cannot see the kingdom of God” (v. 3).

Saving faith apprehends and approves the right content—the true gospel of Jesus Christ. There are many “believers” who have either not heard, or have failed to understand, or have chosen to reject the biblical gospel of God’s grace. Instead they have crafted or accepted a “gospel” of their own liking—a “gospel” that misunderstands who Jesus is, or leaves out uncomfortable facts (like hell, or Christ’s death as a substitute for sinners, or His bodily resurrection), or adds rituals or sacraments as requirements for salvation, or ignores repentance from sin.

Saving faith produces the right kind of fruit—love for God and men, particularly for other true believers. There are many “believers” who say they love God and their fellow man, but their love falls far short of the biblical standard. In the Bible, love for God produces detachment from the world. As John wrote elsewhere, “If anyone loves the world, the love of the Father is not in Him” (1 John 2:15).

Love for Christ produces obedience to Christ. As Jesus said, “If you love Me, you will keep my commandments” (John 14:15). This further implies that those who love Christ love reading about Him and studying to learn His commandments. Is your Bible dusty and unstudied?

Love for Christ also produces love for His church—fellow believers—and the strong desire to be with them whenever possible. “We know that we have passed out of death into life, because we love the brethren. He who does not love abides in death” (1 John 3:14). But there are “believers” who would just as soon stay home on Sunday and watch football, or go to the lake, or hang out with non-Christian friends or family members. This is not the kind of “believer” whose faith will result in salvation. Does this describe you?

So you believe in Jesus, and the people you know generally accept your profession of faith as valid. But does Jesus believe in you? Has He entrusted Himself to you as a merciful Savior and a faithful Friend and a powerful Advocate before the Father?

Before you decide how to answer, remember that Jesus is not impressed by what your friends say about you, or even by what you say about yourself. “He [does] not need anyone to testify concerning man” (John 2:25). He already knows.