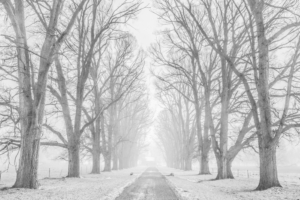 Pilate, the first-century Roman governor in Judea, asked this question of Jesus in response to his affirmation that He was a king, ruling over a kingdom that is not of this world. “For this cause I was born, and for this cause I have come into the world, that I should bear witness to the truth. Everyone who is of the truth hears My voice.” Pilate then asked, “What is truth?” (John 18:36-38).

By walking away immediately after asking, Pilate indicated that his question was rhetorical (meaning he wasn’t really hoping Jesus would answer) and skeptical (meaning he didn’t seem to think a satisfactory answer was attainable). The “answer” he presumed, it seems, was that truth is a foolish notion to pursue—an illusion.

Before agreeing with Pilate (or even disagreeing with him, for that matter), we should understand that “truth” is a more complex subject than most people commonly ponder. For example, have you ever considered that there are different kinds of truth?

There is what I would call “natural truth,” referring to mathematical, logical, or physical realities. Two plus two will always equal four. Something cannot exist and not exist at the same time. Something cannot come from nothing. These realities are discovered, not invented.

There is also what I would call “objective truth,” referring to revealed realities that, while not embraced by everyone, are not affected by the varying and changing opinions of science, religion, or society in general. God is good (Ps. 136:1). “Whatever the Lord pleases, he does, in heaven and on earth” (Ps. 135:6). “All have sinned and fall short of the glory of God” (Rom. 3:23). “The wages of sin is death” (Rom. 6:23). “I am the way, and the truth, and the life. No one comes to the Father except through me” (as Jesus said in John 14:6).

Then there is “historical truth,” referring to the accurate retelling of past events. “In the beginning, God created the heavens and the earth” (Gen. 1:1). Historical truth is what is asked for when a judge asks you to raise your right hand and swear to tell “the truth, the whole truth, and nothing but the truth.” Historical truth can, of course, be distorted to the point where it may no longer be described as “truth,” but not all variances in the retelling of historical events represent falsehood. Think of the varying perspectives of witnesses to a historical even such as a crime. In many cases, no one is giving false testimony when, upon initial evaluation, it does not seem that the accounts can be harmonized. Truth may be told from differing perspectives. But of course, past events are all-too-often retold in ways that must be labeled false. This is why we have words and phrases like “perjury” and “revisionist history.”

A fourth kind of truth is what I would call “promissory truth” or “prophetic truth.” This is when someone tells you they will do something they are actually able to do and intend to do, or when someone tells you that something will happen, or happen in a certain way, when it actually will. This is the kind of truth spoken at weddings, for example, when the bride and groom sincerely promise to be faithful to each other until death. Certainly, human weakness or unforeseen factors might ultimately keep these promises from being kept though there was every intention of keeping them—like when a friend promises to meet you for coffee the next morning but accidentally oversleeps and misses the meeting. He did not lie to you the previous day. He simply failed to follow through on what he had every intention of doing.

The Christian’s hope is grounded upon the promissory (or prophetic) truths spoken by God, in combination with the historical truth of how God has carried out his redemptive plan thus far, in combination with the objective truth concerning God’s nature and character (i.e., his infinite power and perfect faithfulness). He promised to send a Savior into the world, and He did. He promised that the Savior, Jesus Christ, would deal effectively with sin on behalf of his people, and the true historical evidence as recorded in the Bible is that he did. He promises to save all who repent of their fallen sinful ways and trust in Jesus, and given his record of truthfulness, perfect faithfulness, and unstoppable power, there is no reason to doubt that he will.

These faith-producing realities are all recorded in the book that contains both the accurate record of Pilate’s question, and the answer to it: “The sum of your word is truth” (Ps. 119:160). All that God has revealed in the Bible, about history, about the future, and about himself, is true and will be proven true. As the writer of Proverbs so aptly recorded, “Every word of God proves true” (Prov. 30:5).