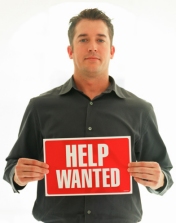 Do you have a significant need that has not been met, or an urgent prayer that hasn’t been answered? If so, I’m right there with you—and I bring good news. God has made provision for such times: “Therefore let us draw near with confidence to the throne of grace, so that we may receive mercy and find grace to help in time of need” (Heb. 4:16, NASB). And isn’t that exactly what we need, help from the throne of grace, offered and granted by the omnipotent King upon that throne?

Since this throne of grace exists in heaven where we can’t physically observe it, its provisions and operations are necessarily somewhat veiled. History is our friend, however, for the book of Esther affords us a remarkable glimpse at an actual throne, the desperate petition laid before it, and the king’s gracious judgment.

The Persian king Ahasuerus occupied that throne, and Esther, of Jewish heritage, was his queen. When the king promoted Haman, this man of immense wickedness quickly initiated a plan to destroy all the Jewish people. Greatly distressed, Mordecai, Esther’s cousin and guardian, urged her to employ her position to supplicate the king on behalf of the Jews (Est. 3-4). Thus she did with marvelous and providential success (Est. 5).

While this vignette beautifully illustrates God’s provision and love for His people, we enjoy at least three undeniable advantages at our throne of grace that even a queen didn’t have.

We have an invitation.

When Esther stood outside the king’s throne room, she had not been invited in 30 days. And for all who dared appear uninvited, the king had but one law: death. Even Esther’s position did not assure acceptance and admittance.

But such is not our case, for the throne of grace stands open day, night, weekends, and holidays. As heirs of God and joint-heirs with Christ, we are literally part of the family of the One upon the throne—invited to come with boldness and confidence to make our petitions (Heb. 4:16). What a privilege that Esther never knew!

Though queen, Esther had no friend at court to stand beside the king and whisper in his ear, “Oh, King! Esther has come uninvited, so her need must be urgent! Please show favor and hear her request!” And even when summoned into the royal presence, she stood alone before the king to make her appeal.

But we have advocates, two faithful friends at court. At the Father’s right hand sits Jesus the Son, our great High Priest who has passed through the heavens. He ever lives to make intercession for us (Heb. 7:25), and like His Father, He never sleeps, never slumbers, and never grows weary or tired.

Life has often riddled my peace with situations that rendered me unable to arrange jumbled, disjointed thoughts into meaningful prayers. But in such circumstances that other Advocate, the Holy Spirit, intercedes for me with groanings which cannot be uttered, conforming and presenting my feeble petitions to align with the will of God (Rom. 8:26-27).

Esther’s confession to Mordecai, “If I perish I perish,” verbalized her intense uncertainty of life or death, favor or denial. Not so with us. We approach the throne of grace with boldness, confidence and expectation—for the express purpose of receiving mercy and finding grace to help in times of need (Heb. 416).

The word help in this verse is used in just one other place (Acts 27:17). Those aboard the ship transporting Paul to Rome ran helps (ropes and cables) under the vessel to keep it from being destroyed by the ferocity of the wind and waves relentlessly pounding it to pieces.

Isn’t that comforting? When the storms of life pummel me with devastating blows, help from the throne of grace undergirds me and holds me together until I reach my destination. What inner confidence that inspires!

One final thought. Notice that Esther received far beyond what she had requested or could have even conceived! She sought deliverance for her people, but the king gave more: Haman’s punishment, Mordecai’s promotion and the establishment of the Feast of Purim, a celebration still observed 2,500 years later! And as a final expression of favor, the king asked her, “And what is your further request? It shall also be done” (Est. 9:12). When we go to the throne of grace, can’t we expect our loving, compassionate, merciful King to likewise render unto us “exceeding abundantly above all that we ask or think”? (Eph. 3:20).

And though I may long persist before the throne of grace without visible evidence of answer, I must remember: delay is not denial. My invitation, advocates and confidence all tell me that I will eventually reap if I do not grow weary and lose heart (Gal. 6:9).