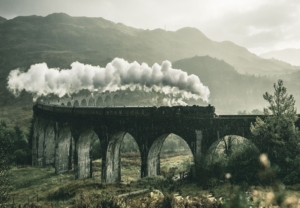 The story of the death of the first martyr of the early church, Stephen, is both ugly and spectacular (see Acts 7:54-60).

The ugliness of Stephen’s murderers is found in such phrases as these: “they were enraged” (v. 54); “they ground their teeth at him” (v. 54); “they cried out with a loud voice and stopped their ears and rushed together at him” (v. 57); “they cast him out of the city and stoned him” (v.58).

Yet, Stephen’s experience and behavior at the moment of his death was spectacular:

And as they were stoning Stephen, he called out, “Lord Jesus, receive my spirit.” And falling to his knees he cried out with a loud voice, “Lord, do not hold this sin against them.” And when he had said this, he fell asleep (vv. 59-60).

In this true story we are given a glimpse of something happening “behind the scenes” with various supernatural experiences that occurred in those final moments of his life that say to us, “Something bigger is going on here!” Indeed, what immediately follows in Acts reveals the Lord’s sovereignty over what transpired. Here’s how the account unfolds.

What looked so awful initially resulted in something wonderful! The wicked acts were not God’s doing, but they all unfolded as part of God’s sovereign plan for his saving purposes: “And the hand of the Lord was with them, and a great number who believed turned to the Lord” (11:21, emphasis mine); “When [Barnabas] came and saw the grace of God, he was glad . . .” (11:23, emphasis mine).

Conclusion: it is just like God to take something terrible and/or painful and advance his kingdom out of it!

God’s kingdom cannot be stopped! As seen in the story of the persecution of Stephen and the believers in Jerusalem, the very individuals actively working to thwart gospel progress are just instruments in God’s hand to thrust the name of Jesus forward. John Stott (writing in 1990) illustrates with another story in church history.

An instructive modern parallel is what happened in 1949 in China when the National Government was defeated by the Communists. Six hundred and thirty-seven China Inland Mission missionaries were obliged to leave. It seemed a total disaster. Yet within four years 286 of them had been re-deployed in South-East Asia and Japan, while the national Christians in China, even under severe persecution, began to multiply and now total thirty or forty times the number they were when the missionaries left (The Message of Acts, 146).

God’s ways are not our ways! God will not always advance the gospel in ways we would have chosen or preferred. No believer would chose persecution as the pathway to kingdom advance! But when it comes, know that God is at work through that suffering.