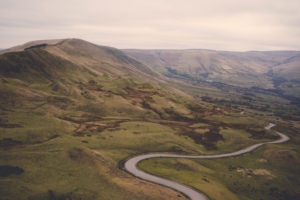 I stood on Colossae’s hill overlooking the beautiful Lycus Valley 100 miles inland from Ephesus. It was a small valley town in its best days. For some reason that moment made an impression on me when we toured Turkey for its biblical sites. Not far off were the other locations that made up a triangle of towns where real people called Christians had lived and worshipped, Hieropolis and Laodicea. The town isn’t excavated yet, but you can see outcroppings of stone where its houses and official buildings once stood. This wasn’t just a story in a book, but a place where actual people like me had been affected by Jesus’ message.

Paul expressed thanks for the church in that town in the beginning of his letter to them which may have been delivered to them by Epaphras, “one of their number” (Colossians 4:12). He had been sent by them earlier to minister to Paul. The letter was to be read to the church in Laodicea also.

He wrote about how the gospel had come to them, and that “in all the world also it is constantly bearing fruit and increasing [i.e. spreading], even as it has been doing in you since the day you heard of it and understood the grace of God in truth” (1:6).

Don’t pass over such words. It’s a big idea. The gospel bears fruit and increases—everywhere it takes hold.

Part of the Plan
Had Paul ever been in this least notable of those famous three towns? We’re not certain. Perhaps he had visited there, or perhaps he had met some of its people over in Ephesus when he lived and trained disciples regionally for two years using space in the school of Tyrannus. Luke said that the word of the Lord spread all over Asia Minor because of that training effort, to both Jews and Greeks (see Acts 19:8-10). However this church was started, once it was “going,” it was “growing.”

It’s characteristic of the gospel to spread, just like it’s characteristic for green things to grow. Think about it. If people’s lives are radically changed, how can it be otherwise? I know that sometimes our mild, nominal “churchianity” is unimpressive. That kind of pseudo-Christianity shouldn’t grow. But when deep changes take place in lives, the gospel historically has gotten a foothold and spread. It affects the family circle, the close friends, and the surrounding culture, wherever it shows up.

Paul had a front row seat in his travels to see just how potent the gospel message was. He was speaking of a pattern he knew firsthand.

By this means the gospel has acted like yeast, spreading globally. It’s initial impact is still rippling through the world reaching one person after another and one people group after another, until the job will one day be done and Christ returns.

Not Mere Addition
Without the knowledge that changed people change people, we would be discouraged in our task of reaching our world for Christ, or even our local sphere of friends. Jesus said “unless a seed falls into the ground and dies, it remains alone; but if it dies, it bears much fruit” (John 12:24). He applied this principle to his own death, but it is also true for us. It’s the “much fruit” we count on when the gospel is planted and people who have given all for Christ embrace it. It results in multiplication, not merely addition. Just open your eyes to see this. We started with twelve; now there are millions! The gospel word through sacrificial carriers is potent!

Your Little Place
It might seem like your seed sowing isn’t characterized by such multiplication. I beg to differ. If you have faithfully spoken and lived the truth, infusing the gospel into others, it most certainly is making a difference. Note how.

Suppose you teach the Bible to a small group. You’re faithful to tell God’s truth. But it appears little happens. Yet in that group of adults, someone is inspired to conform to what she hears. It affects a grandchild of that person, one you will never meet. The child grows up remembering how the truth of Scripture shaped her grandmother’s life. Because of this she is eventually converted and follows the same pattern. She marries a Christian man, has children, trains them in God’s word and the true gospel. Then, without you ever knowing (you’re dead by now), one of those children becomes an instrument God uses to ignite fervor for the sharing of the gospel in another person who moves far away to another country for business. And that person becomes the instrument God uses to bring someone in that country to Christ who eventually opens up an unreached tribal group out of which scores are converted.

Similar scenarios are not only possible, but regularly happen. We could see it, if we had the ability to trace backward the effects of gospel living and speaking.