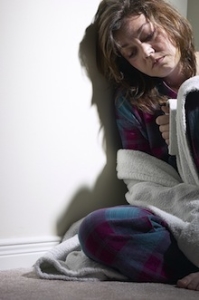 I once spoke to a woman who thought that she did not need forgiveness from God. Her justification was that she did not do all the bad things other people were always doing. She didn’t use foul language, she didn’t get drunk every weekend, and she didn’t live in sexual immorality. She surmised that people who did those things were the real sinners. They needed to ask for forgiveness often, but she did not. She was wrong.

The words penned by Thomas Kelly in the hymn Stricken, Smitten, and Afflicted offer a fitting rebuke:

Ye who think of sin but lightly,
Nor suppose the evil great,
Here may view its nature rightly,
Here its guilt may estimate.
Mark the Sacrifice appointed!
See Who bears the awful load!
’Tis the Word, the Lord’s Anointed,
Son of Man, and Son of God.

This woman was a notorious sinner. In fact, Simon thinks Jesus should not let her touch His feet because of it. Jesus replies with a story about two different men who owed money to the same moneylender. One man owed the equivalent of 50 days of work and the other man owed 500. Neither man had enough to pay, and the moneylender forgave both of them their debt.

Jesus then asked Simon which man would love the moneylender more. Simon answered that the one forgiven the larger debt would love more. Jesus then turned to the woman and told Simon, “her sins, which are many, are forgiven – for she loved much. But he who is forgiven little, loves little,” (v. 47).

The phrase “he who is forgiven little, loves little” may sound like the Pharisee was forgiven enough, just not as much as the woman. He probably thought that. She was the sinner, and he was about to eat with Jesus. He perceived that he needed little forgiveness and that she needed an impossible amount. He was wrong.

The woman had an accurate sense of her own sin. She was weeping at the feet of Jesus. Her heart was full of faith, and her eyes were full of tears. She was thinking about her sin, her many sins, and how she had no power to free herself from them. Her sins were so many that she sought the only suitable place for a great sinner: at the feet of a great Savior.

We are just like this woman. Our sins are many, and we have nowhere to go but to Jesus. We should think like her and not the Pharisee. He loved little because he thought little of his own sin. She loved much, because her many sins were forgiven.

Do you have many sins? There is room for you at the feet of Jesus. He came into the world to save sinners. That is what He does. This is who He is. Do you think of your sin as manageable and love Jesus only a little? You may not be forgiven at all.