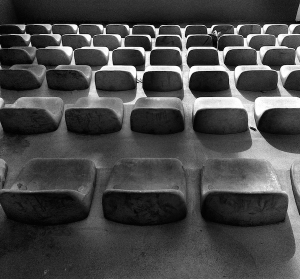 The early church grew in numbers.

“…there were added that day about three thousand souls” (Acts 2:41).

“And the Lord added to their number day by day those who were being saved” (2:47).

“And more than ever believers were added to the Lord, multitudes of both men and women” (5:14).

“… and the number of the disciples multiplied greatly in Jerusalem…” (6:7)

Thinking about increased numbers is acceptable if our aim is the conversion of sinners (not impressive statistics or fame). But how did the church grow numerically? This is a compelling question for any of us who want to see the grace of God break in to people’s lives and save them—our children, our family members, our coworkers, even our enemies! Did their gatherings include interviews of famous athletes who professed to be believers? Did they bring out the best wine on the Lord’s Day for all to drink? What did they do?!

The verses above, if quoted fully and understood in context, reveal several means the Lord used to bring people to Christ. I’ll highlight just one—the most foundational: The Lord grew his church through the proclamation of the gospel. Whenever true disciples are added to the church, the gospel has been proclaimed.

Not only in the opening chapters, but several places throughout Acts, the actual words the apostles used in their preaching are recorded. (For example, see Peter’s sermon in Acts 2:14-40, or Paul’s message in Acts 13:16-41.) Whether they started with the Exodus story (typical when talking to Jews) or God as the creator (when talking to Gentiles), their goal was to proclaim Jesus as risen, as the Christ, as Lord of all. The result? Sometimes they were thought of as interesting, often they were persecuted, but other times, such as in Jerusalem, “Many of those who had heard the word believed” (4:4). Paul put it like this: “For I am not ashamed of the gospel, for it is the power of God for salvation to everyone who believes, to the Jew first and also to the Greek” (Romans 1:16).

The “word,” “the gospel,” the message about Jesus Christ, grows the church.

Do you want your neighbor to follow Christ? He has to hear about Him. Do you want your children to repent and believe in Jesus? You’ve got to tell them about Him, and make sure they are in a church that carefully preaches the same gospel as Jesus and the apostles. There are no guarantees that God will dramatically grow our churches through the proclamation of the gospel, but it is guaranteed that nothing will happen through us if we don’t share Christ with others.

You may feel a bit anxious and even panic-stricken when thinking about talking about Jesus with your relative, or with your classmate. Start small. This story in the early days of Martyn Lloyd-Jones’ mininstry will illustrate what I mean. There was a man in his town named Bill. Bethan Lloyd-Jones (Martyn’s wife) writes about what he was doing one particular day.

He was alone in the (Working Men’s) Club this Sunday afternoon but there was nothing strange in that. He was always alone. He had no friends and his fellow members in the Club invariably avoided sitting at his table. Many of them, it is true, were not paragons of virtue themselves, neither were they all as careful of their language as they might be. But Staffordshire Bill’s filthy language and general unpleasantness were more than any of them could take.[1]

But then on another day, something happened that would change his life forever. As he sat in the Club drinking, feeling downcast and hopeless, he overheard a man at another table say something about a “preacher,” and then he heard him say to another man, “I was there last Sunday night and that preacher said nobody was hopeless—he said there was hope for everybody.” Bill thought to himself, “If there’s hope for everybody, there’s hope for me—I’ll go to that chapel myself and see what that man says.’” Two times he drew near to the chapel, and both times he was too nervous to enter the meeting. The third time, however, a man invited him in, he heard the gospel from “that preacher,” and he was converted.

It was the gospel that grew the church on that Sunday at Sandfields in Aberavon. The gospel must be understood and believed if anyone is going to be saved. But consider the importance of a single statement (from a presumably lost person!) that the Lord used to change the trajectory of Bill’s life for eternity. Bethan Lloyd-Jones calls the sentence “that little gleam lit in his heart.”

Do you want to see people converted and added to the church? Proclaim the gospel. And remember, even a single statement like, “That preacher said nobody was hopeless,” or, “God has good purposes in suffering,” or, “I’ve been reading the gospel of John and it’s amazing how often the words ‘believe’ and ‘love’ appear,” could be used by God to give someone a “little gleam” of hope and guide them into the Bible and even a church where they will hear the gospel, believe, and be added to the church.